One way to look at the decisions on the monetary policy rate cut or rate hike is to look at simulating the rate of inflation in any economy. In order to determine what the inflation rate will be we use the underlying relationship between the Broad Money Aggregates (M2) growth rate and the inflation rate.

M2 numbers in turn are computed based on a number of elements. Our forecast model uses three primary processes to determine these elements. These involve simulation of future prices and amounts using a Monte Carlo simulator to determine:

Why oil? Primarily because in most emerging and developing economy Oil represents the biggest import and given the volatility in Oil prices over the last 3 years the most significant source of economic shock to an emerging or frontier market.

These elements together with balance of trade from services and net income received, which are derived based on past trends, are used to determine the current account balance or change in the net foreign asset (NFA) of the country.

The change in NFA is used as an input for determining M2. Other principle inputs for calculating the M2 number, i.e. net government sector borrowing, credit to private sector and public sector enterprises, are based on past trends. M2 growth rates determine inflation rates as mentioned above, which are then used to calculate the extent of future policy rate cuts.

This process is depicted pictorially below: 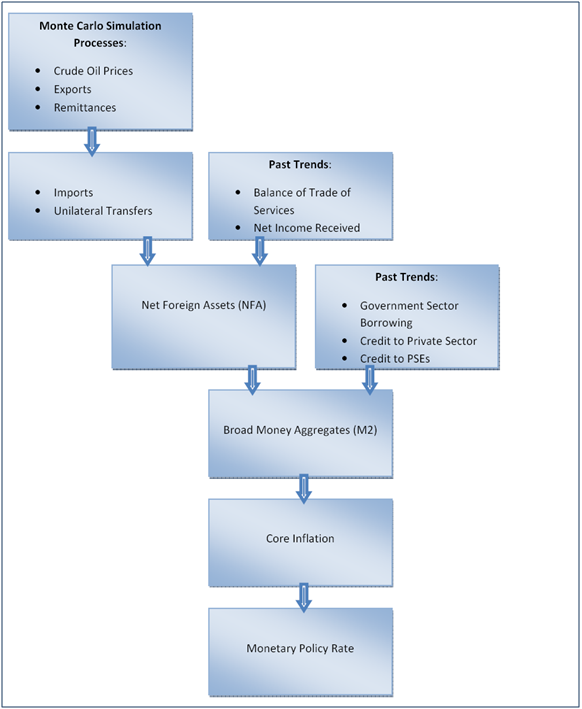 The average crude oil prices for the months of July, August and September 2010 have been simulated using a Monte Carlo simulator. 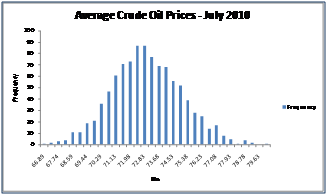 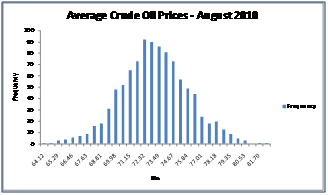 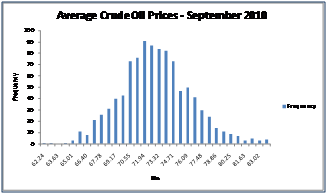 The historical relationship between imports and crude oil prices has been used to derive import figures for the first quarter of fiscal year 2011. 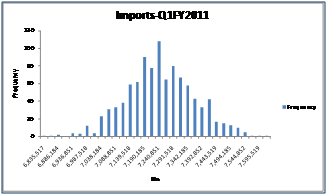 The exports for the months of July, August and September 2010 have been simulated using a Monte Carlo simulator. 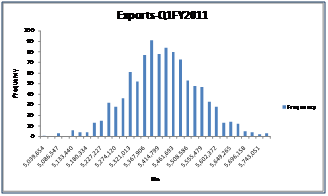 The remittances for the months of July, August and September 2010 have been simulated using a Monte Carlo simulator. 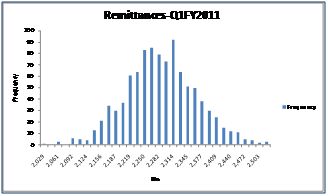 The change in NFA is used to calculate NFA for the period. The other factors that are used as inputs into deriving M2 are government sector borrowing, credit to the private sector and credit to public sector enterprises which are calculated based on their past trends. 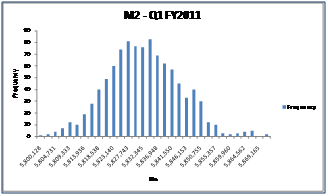 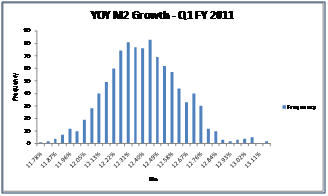 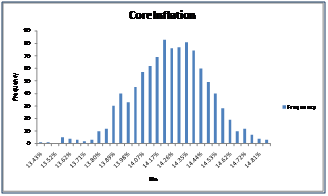 Step 7: Calculating the cut in the policy discount rate

In the calculation of the cut it is assumed that a minimum difference of 0% is maintained and that there is no attempt made to further tighten the monetary policy (i.e. a policy rate increase is not on the cards)

Given the range of values for the inflation rate and the assumptions noted above the policy rate cut is 0% under all scenarios.