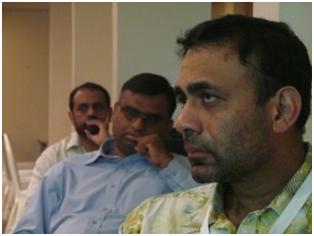 These are a few of my favorite things

Being a coach is a difficult job. And it is difficult across many dimensions. On the plus side some of the teams you mentor and work with win and make you proud. But there are others – others that are closer to your heart, that you know deserve a win, have put their heart into their pitches and have inspired many of their fellow teams to find their best – other teams that shouldn’t lose but do. And they miss not because they were judged and were found wanting – they miss because for some deep cosmic reason that we will only appreciate in another life, it isn’t their time, yet.

Each year as a judge and a mentor I fall in love with a handful of ideas and products. Each year some win, some don’t. This year there were six ideas that we believed in from the minute we saw their applications and pitches for the [email protected] ICT Awards 2011. All six of them put their heart into making a pitch at APICTA 2011, Pattaya, Thailand. All six blew away the judges with the quality of their presentation and their effort. They did an amazing job with the feedback mentors provided them and it wasn’t just the Pakistani judges on their panel who noticed. 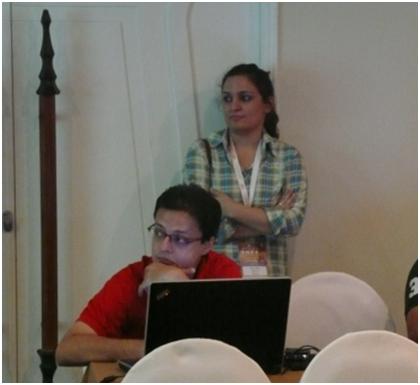 One picked up the Gold. One came back home with a Silver. Four came back empty handed. This post is dedicated to the six teams that I loved from the day they submitted their [email protected] ICT Awards applications. It didn’t matter if they were recognized with a win or not. These teams stood out from day one simply because the work they had done had such far reaching impact that it simply couldn’t be ignored. 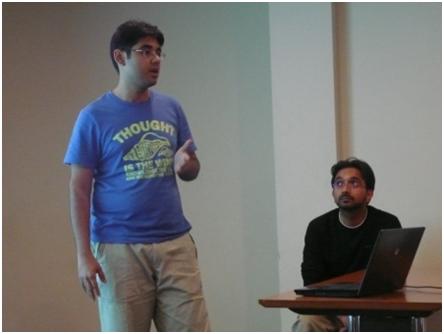 Engro EMAN pitch centered on rural Punjab, milk and access to financial services for farmers who had never seen a point of sale machine, a debit or ATM card or received documentation for the product they had sold. The most endearing story out of EMAN dealt with a 70 year producer of milk who now carried the EMAN card with pride because it finally gave him an identity. He could now show the card to the local police constable when he stopped him and tell him that he now belonged to the Engro family and network and should not be bothered.

By the time we were done with them, Engro-Orix EMAN made three revisions of their pitch and told a story that was completely spell binding. I still remember on the first day of mentoring at the stroke of midnight in Thailand when were jet lagged out of our minds and ready to pack up and go back to our room. We had to catch a few winks of sleep before judging started the next day and Atif started telling us the EMAN story. It was such a powerful performance that it woke every one up in the room. 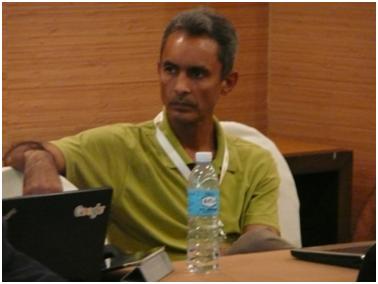 Abdul Aziz presented his case in the e-Logistics category at APICTA with the pitch that while Lumensoft had a majority share of the local retail chain store software market it was still under 3% of the total addressable market in Pakistan. He followed through with two simple graph. The first showed the hockey stick growth curve Lumen soft had booked over the last three years. He then switched to a projection view – the market potential he planned on capturing over the next three years which again repeated the hockey stick. But it was just growth (two hockey sticks in a row), Lumen Soft stood out by a mile in its category in terms of its focus, its traction, its growth and its strategy to expand internationally compared to any other entry in that category. 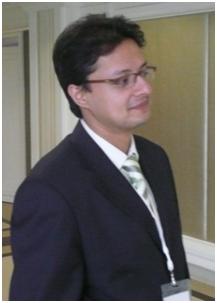 We have all heard about the great work pepper.pk has been doing on the Blackberry platform for the last few years. What we hadn’t seen were their plans for world domination. Saad Hussain shared those with us on day one in Lahore, a full three weeks before APICTA. But he didn’t stop there. He kept on improving his presentation at every iteration. On day one of onsite mentoring at the conference room in Dusit Thani, after he had completed his pitch, I asked a fellow Pakistani judge about his chances, I was told that the category was too competitive for Saad to win despite all the effort he had put in. It was a great pitch, possibly one of the best we had seen so far that day but he was going to lose, simply because the competition was better.

Saad took our feedback and in less than 5 hours had turned around his pitch so much that my colleague had to change his mind. At lunch the next day when we were discussing the day’s work so far my friend admitted that Saad had worked a miracle despite the odds against him and had jumped from someone who didn’t stand a chance to a possible contender for one of the first three slots. Saad finished at number four out of the twenty companies in his category. And as is the case in almost all competitive categories at APICTA he missed the 3rd slot by a few decimal places.

Here is a preview of Saad’s inital pitch before he worked in the onsite revisions that made such a difference in a fellow judges mind. 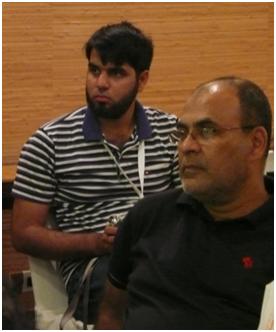 I only had to read four words in Tunacode’s [email protected] ICT Awards application to tell Jehan that we had a winner. Military strength public domain encryption algorithm on a hardware running on steroids. What we didn’t notice were all the other things Salman was doing with that pumped up hardware. Zia Imran at PSEB took a first shot at improving Salman’s pitch and took him to a point where we had to do very little work. The pitch was reworked to focus more on consumer applications (the other stuff) rather than mil-strength encryption

Salman had already gone through two iterations with Imran before he landed in Thailand and he worked with us for the next two days to get his story to the next stage. In between pitching he managed to meet another good friend from Singapore who had run the one of the Super Computing centers in the region and was just as impressed with Salman’s work as we were. He had one of the longest Q&A session of our teams with judges spending over 12 minutes dissecting the work he had done.

Here is Salman’s initial pitch before the onsite rework. 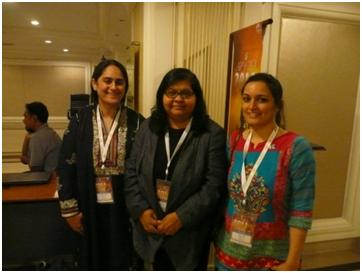 The ToffeeTV.com presentation speaks for itself. It needs no introduction. It was one of the two presentation that kept both Jehan and me awake all night when we found that it had finished at number four out of 13 candidates. Just like side missing the third slot by a few decimal points.

Akhlaque had already done great work before he landed in Thailand. His [email protected] ICT Awards pitch stood out by a mile from other student projects. He had already run a few sessions with Imran Zia in Isloo so he was prepared well when he ran his first version. Akhlaque unfortunately lost because the Sri-Lankan tertiary student team had done a much more advanced version of his project with tested deployments on multiple platforms.

Here is a pre-version of Akhlaque’s pitch before he incorporated the feedback from the judges in Thailand.

There is a reason why you don’t see CARE on this list. CARE products and presentations are unfortunately not in public domain and I have refrained from putting up the presentations up here. Same holds true for the Engro-Orix EMAN pitch which has not been shared publicly.

Give me one moment in time