Deriving Factors for Table H, Table S and Table R(2) of the IRS Actuarial Tables used in the US

Recently a visitor to FinanceTrainingCourse.com, who had seen our basic introductory course on developing commutation functions, requested us to recreate the commutation tables used by the IRS in the US, Table H. Table H contains commutations factors, at various interest rates, that are used in the valuation of annuities, life estates, and remainders.The tables contain values for [math]D_x[/math], [math]\dot{N}_x[/math] and [math]\bar M_x [/math] Of these three factors the procedure for calculating Dx was already addressed in our earlier course as given below:

And lx = number of persons who attain age x according to the mortality table used. For this purpose it is based on the Life Table 2000CM.

and dx is the number of persons who die between ages x and x+1 according to the mortality table.

However, it appears that adjustment for the fractional accumulation is done on a simple interest basis for the IRS factors.

Finally [math]\dot{N}_x[/math] is derived from  [math]\bar M_x [/math] and [math]D_x[/math]. Again, the Nx that was calculated in the introductory course is used in the determination of the present value of an annuity, where the first payment is at the end of a year which then continues annually during the life of the annuitant. [math]\dot{N}_x[/math] , however, is used for the calculation of the actuarial present value of a complete life annuity which makes an adjustment payment for the period of death.

We use the relationships between an assurance payable at the moment of death, a continuous  life annuity, and a complete annuity to determine [math]\dot{N}_x[/math] as follows: 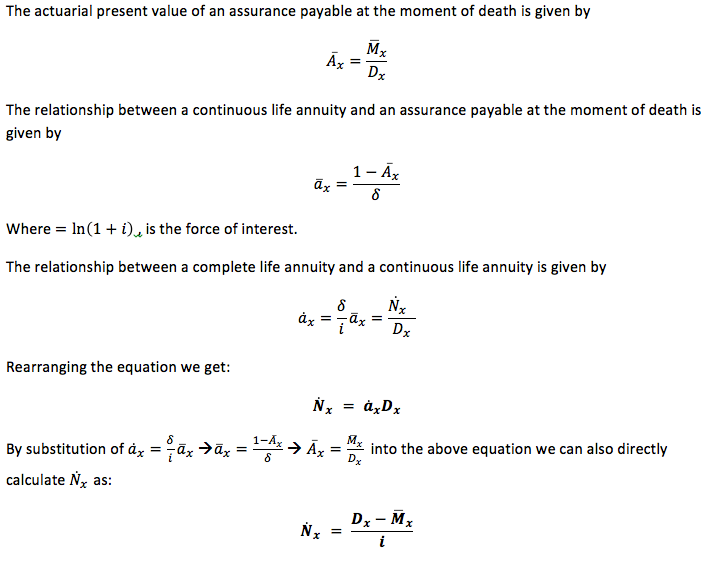 In addition to the above factors calculate factors for life y in a similar manner to that done for life x. 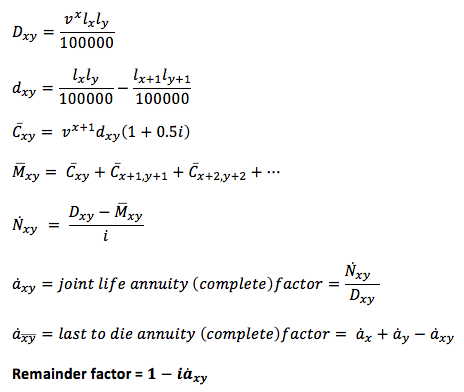 Last survivor annuity complete factor for m-lives is given by the following equation: 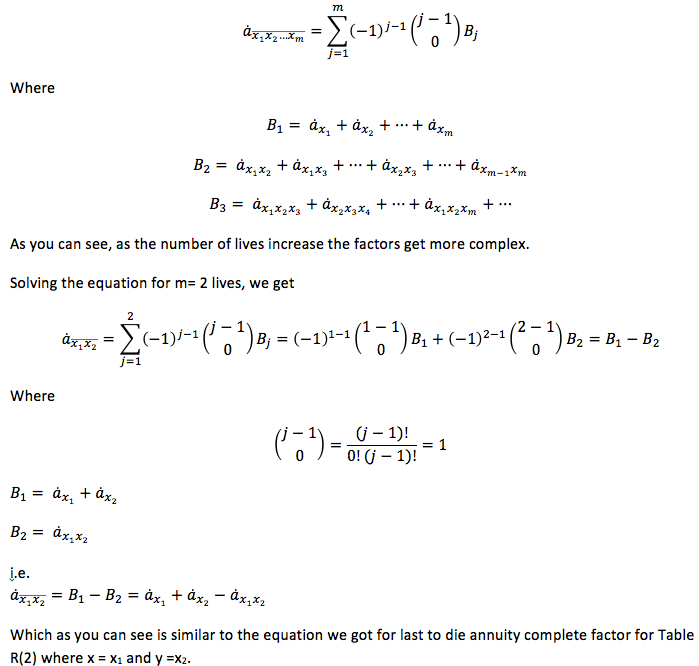 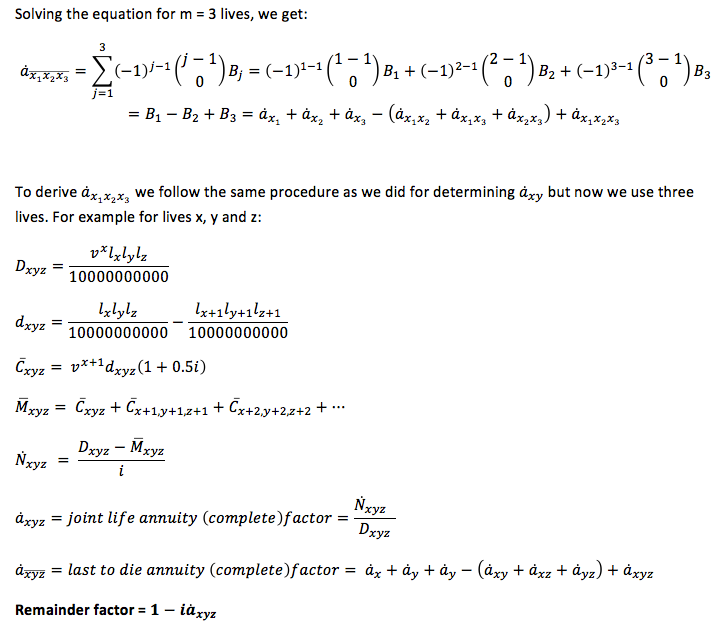