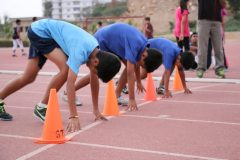 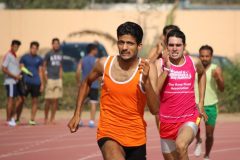 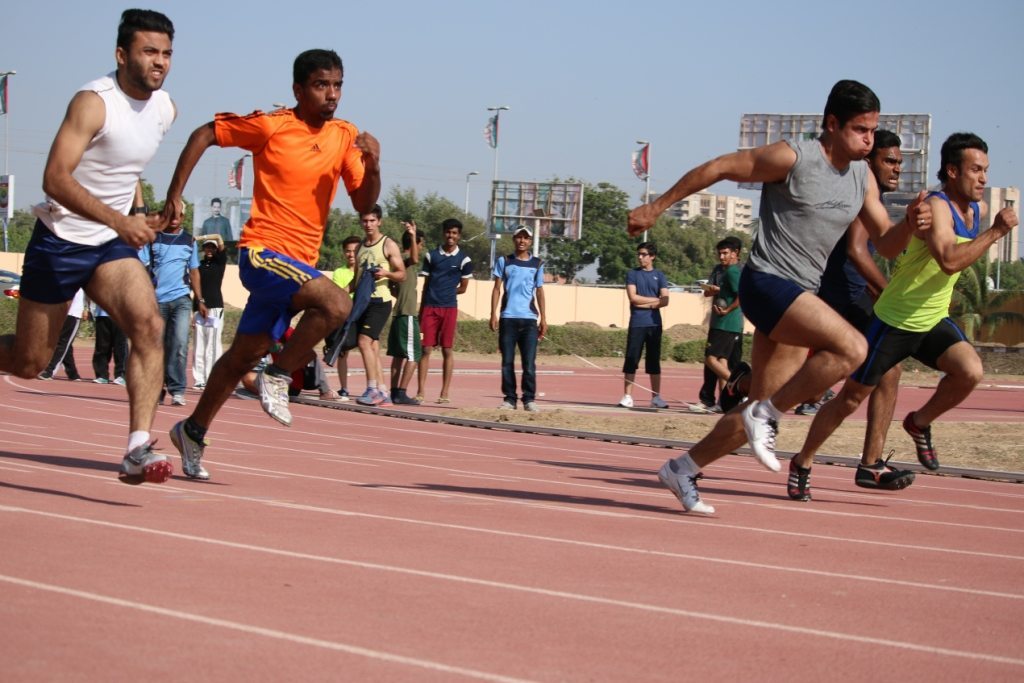 There were many stars that shined at the Karachi Inter district athletics meet held this Saturday at National Coaching Center. With events ranging from the men 100 meters (11.41 seconds for the gold) to the 800m, from the 400m sprint to the 5K, there was no shortage of spirit, prowess and endurance on display at the tartan track. 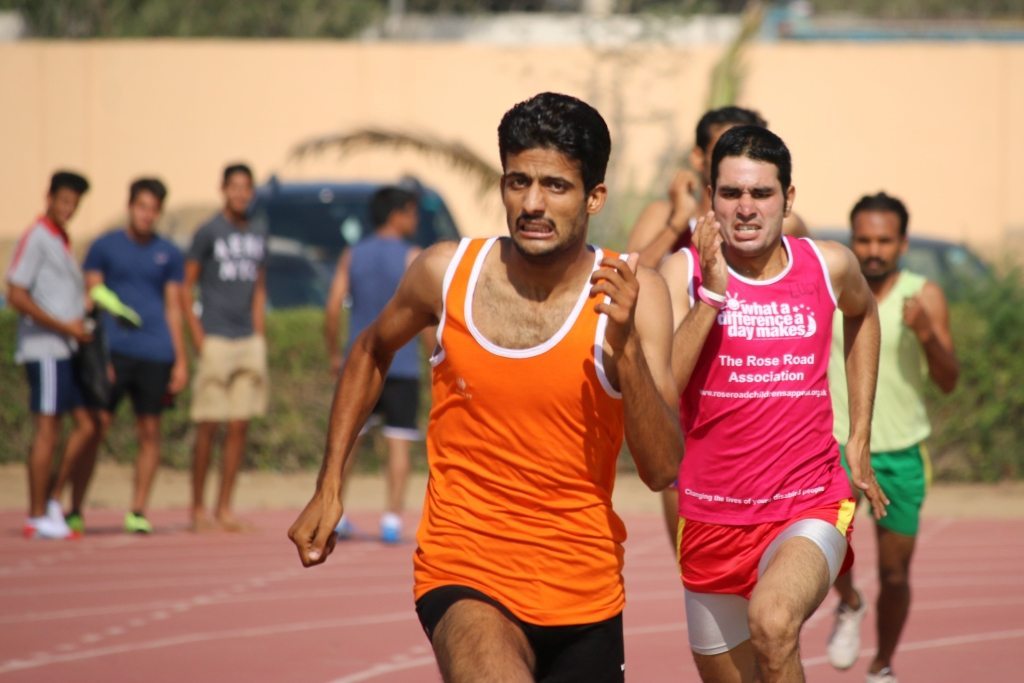 In the twenty odd events at the meet three names stood out for those present at Stadium road in the afternoon heat on 4th October.  Three kids at the verge of crossing over into their teens who stole the show. 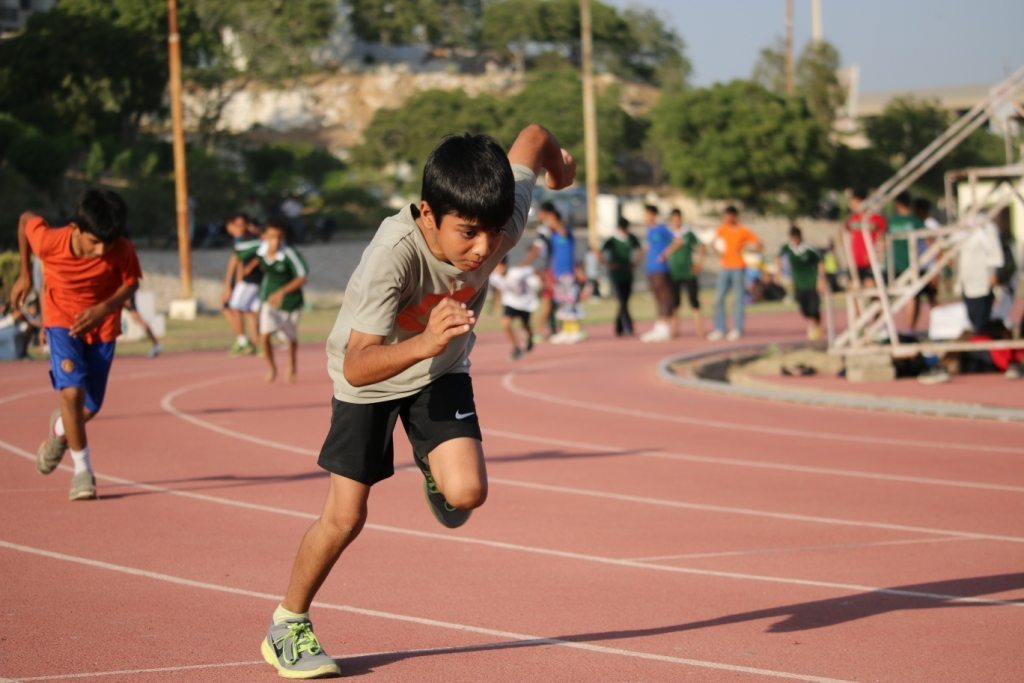 Qais Warsi a 9 year old prodigy from Sind Track and Field Club  ran the 800 and the 400  in the open category with athletes twice his age. That is not a big deal since any one can show up and run at an open event.  It was how Qais ran the race that made him special. Qais a student at LGS crossed the finishing line last but set the standard for finishing well. 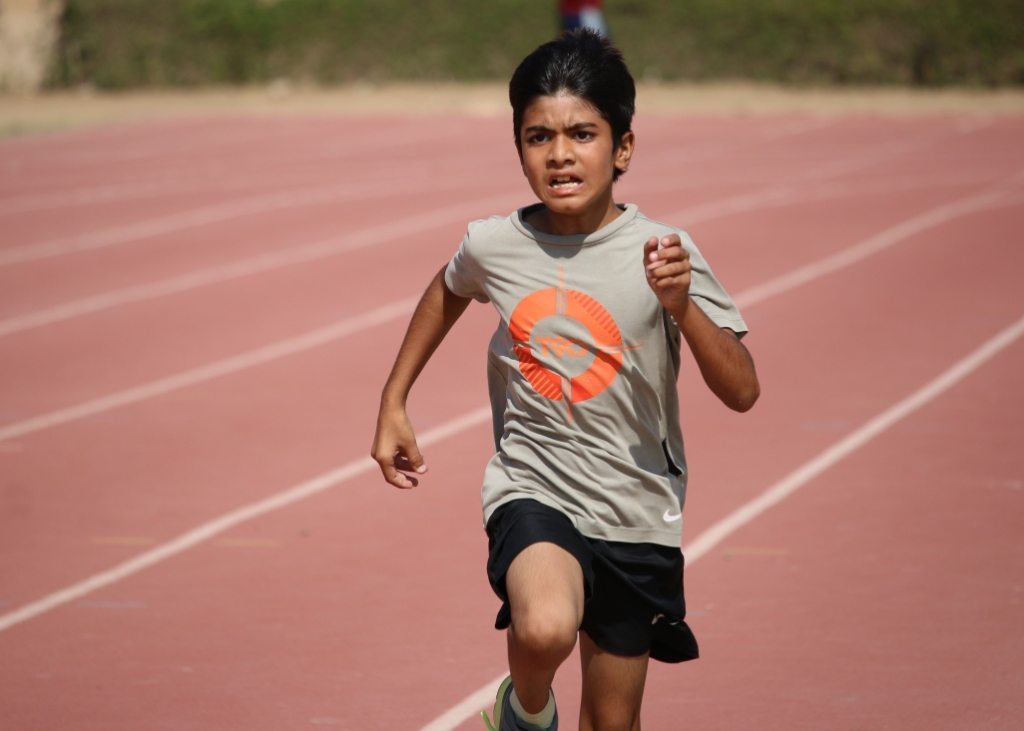 The twenty somethings ahead of him wrapped the race up in 2 minutes and 10 seconds. Qais ran it well under 3 minutes.

Raina Adam, a 12 year old  from the same club and a student at Karachi American School, who breezed past the competition in the women’s 800 and 400 meters. Riana stood tall by the distance she led the field in both events. 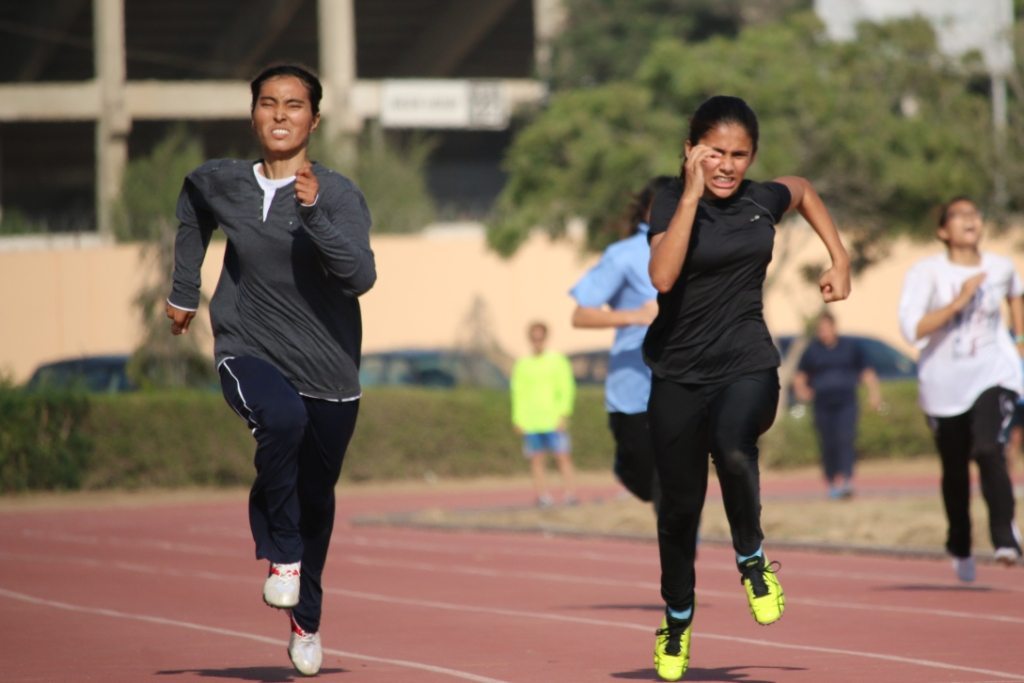 The third star of the meet was Hiba Khursheed from Foundation Public School who racked up a tally of four medals.  The gold in girls and women 100 meters and a gold and silver in the girls and women 200m sprint. 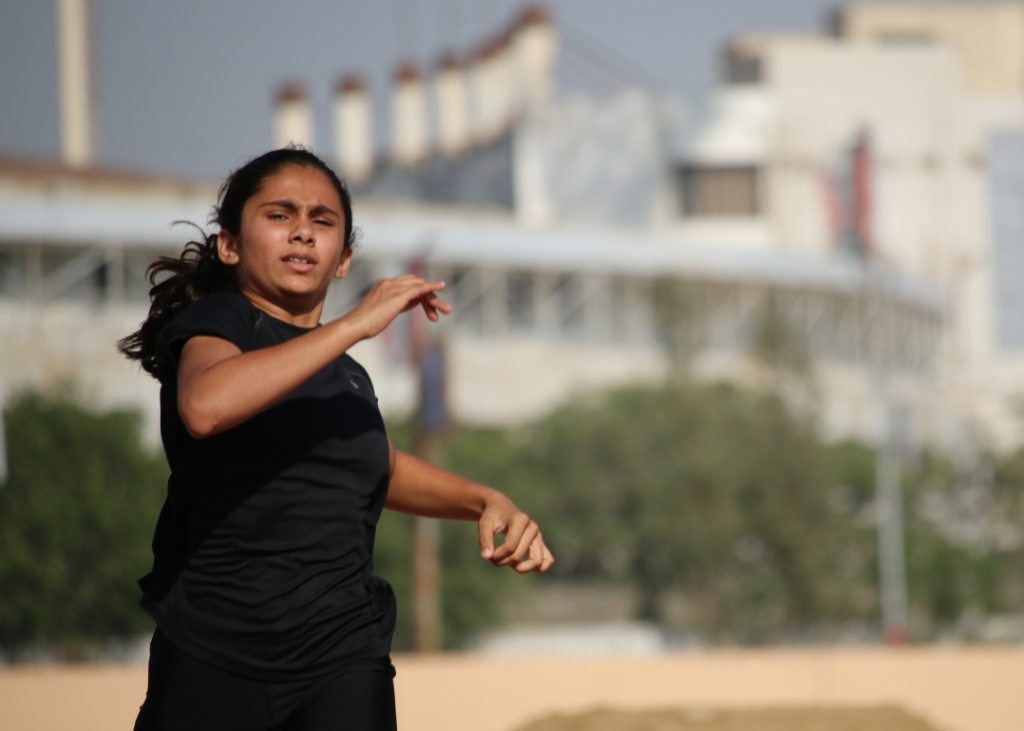 Hiba and Riana despite their youth are established sprinters in their categories.  Qais is a 9 year old who is so clearly on his way to much bigger and better things.   Full credit goes to their families, their coaches and their schools for encouraging and raising these stars. 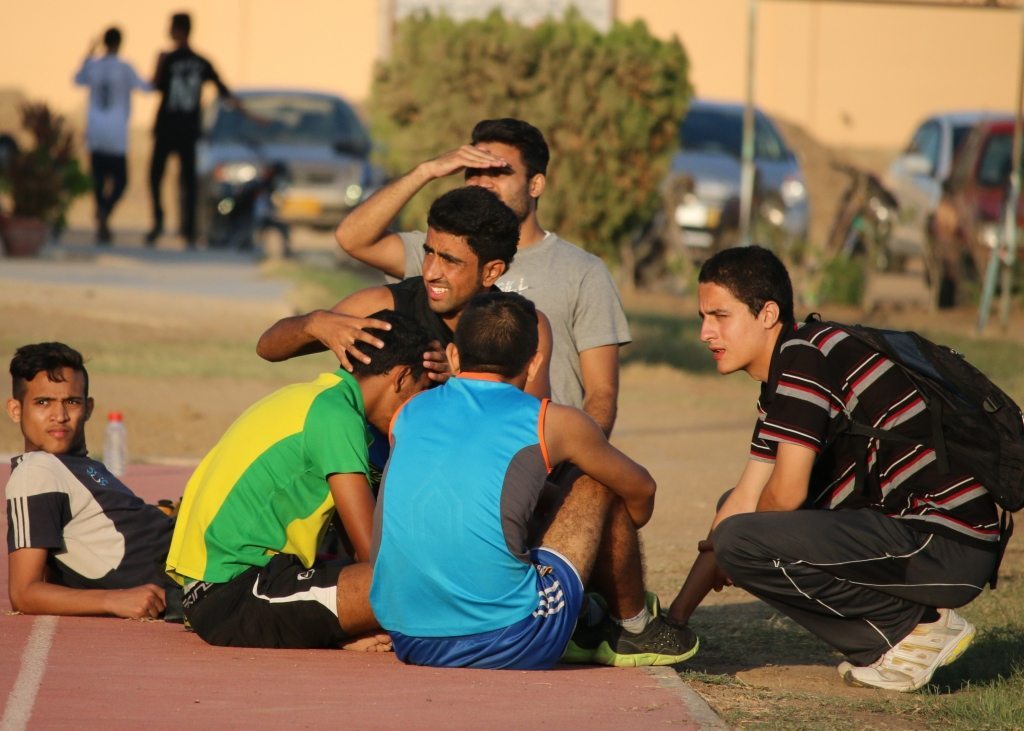 After the Defense day meet on 6th September the Karachi Inter District Athletics meet was the second meet this season.  We expect to see at least three more meets at NCC before the season wraps up in March 2015. 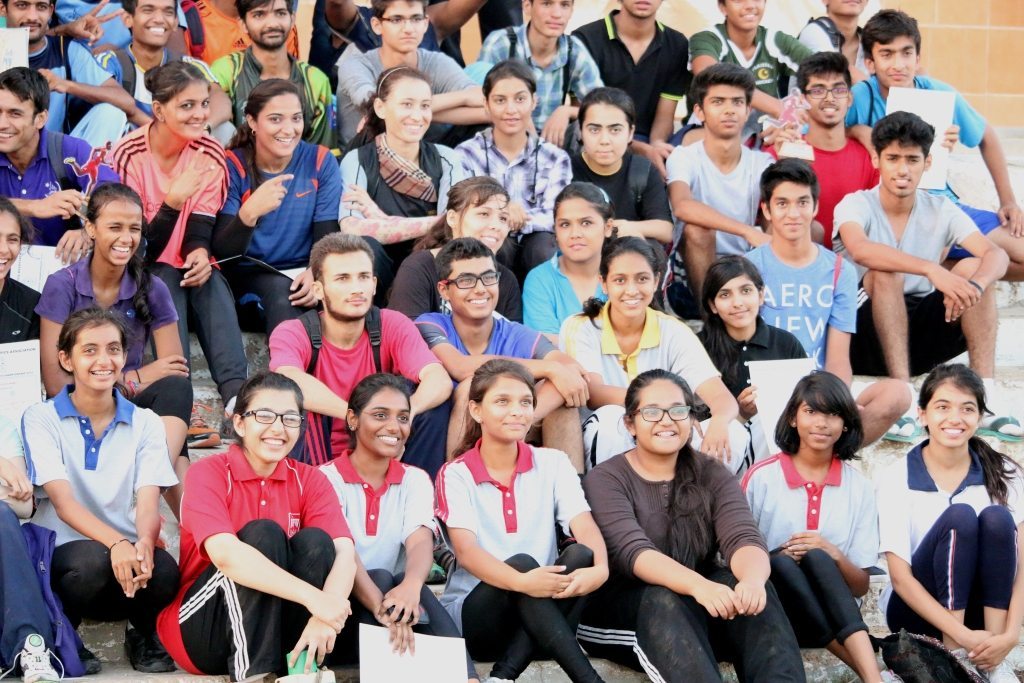