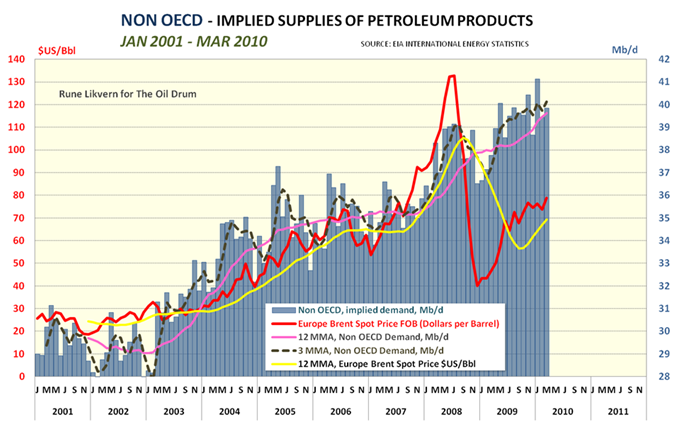 Their number is a lot less than the 6 million barrels of crude oil per day that we have all been throwing around. But that is partly due to their definition of spare crude capacity. The other interesting conclusion that they draw is that there is a significant absence of demand which has slowed the pace of incremental new crude oil supply from the large producers, which contradicts the argument that post carbon institute and OilDrum have been pushing – OPEC will run out of spare capacity within the next 12 – 18 months on account of rising demand as forecasted by EIA. Great data and graphs but possibly incorrect and illogical conclusions but maybe that is just my read. I specially have an issue with using EIA numbers on one side to forecast and predict demand and dissing the same EIA numbers on the other side when it comes to OPEC crude oil spare production capacity. Either EIA is right or EIA is wrong; if they are wrong then let’s not use their data at all, and if they are right then let’s work with the information they have supplied.