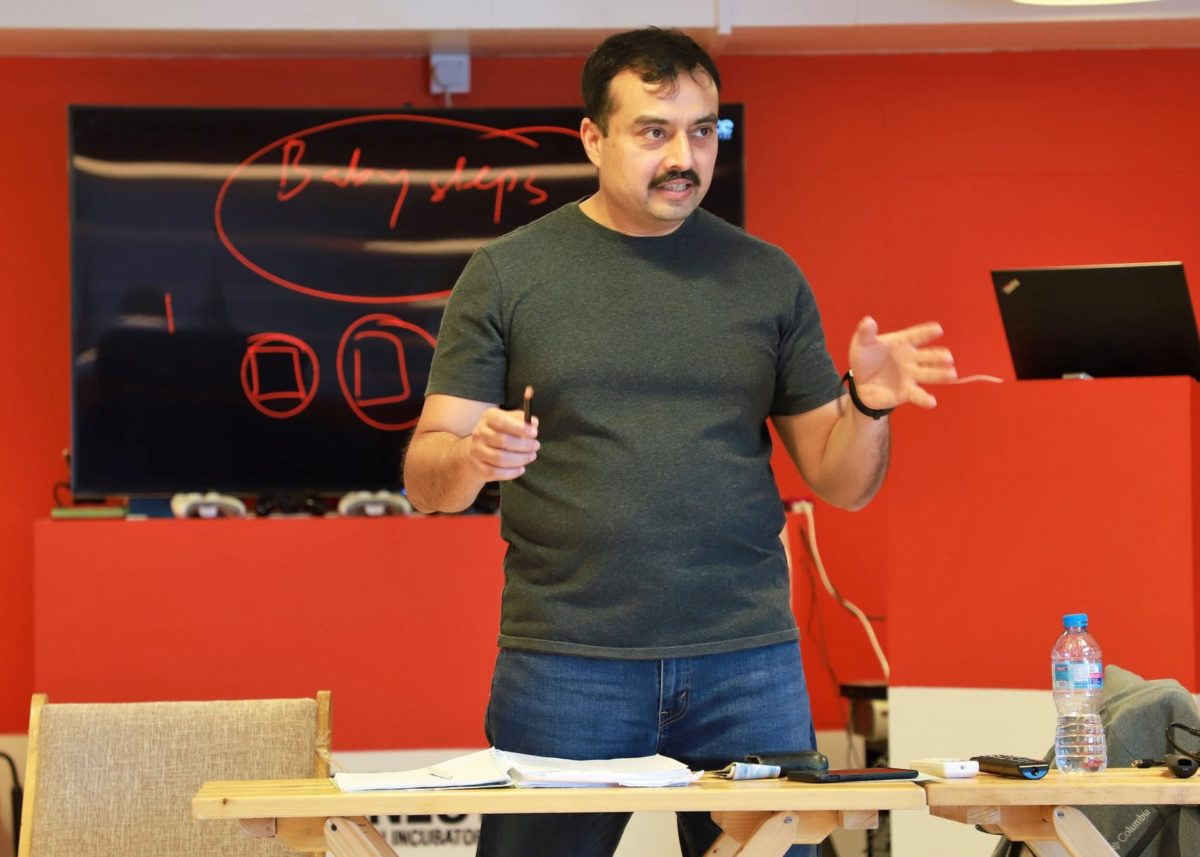 Jawwad’s core areas of expertise include Asset and Risk Management, Product Development and the Financial Services Back Office. He blends a rare combination of risk management, information systems, business and product development skill set side by side with his actuarial expertise. Between building back office systems, valuation platforms and hard core pricing models for derivative products over the last two decades, Jawwad learnt how to bridge the divide that exists between business, technology, risk and compliance users.  That bridge is visible across almost all of his work in consulting, writing and teaching.

His next title, Portfolio Optimization Models in Excel, book number six, is now in its 3rd edition and has been used to teach students in Dubai, Karachi and Singapore.  All three books grew out of his teaching notes from his classes in Dubai and Singapore at SP Jain and with IBA Executive MBA program in Karachi.

As an investment adviser Jawwad has advised a 3 billion US$ dollar life insurance fund on allocation and bid patterns for 10, 20 and 30 year bonds, a 30 million dollar Middle East fund on ALM mismatch and fixed income strategy, a 10 million dollar pension fund on asset allocation and equity market timing in Pakistan. He has also worked with the securities regulator on assessing the state of the corporate bond market and issued valuation opinions on cross currency swaps, interest rate swaps, caps, floors, participating forwards and contingent liabilities for Exchange Guarantee Funds in the region. He has also been responsible for preparing quarterly fair value disclosures under FAS 157 for a portfolio of level 3 assets and liabilities (bonds, guarantees, credit notes and revolvers) for North American clients. In addition to his valuation expertise, Jawwad has also been part of multiple due diligence teams reviewing acquisition transactions within the financial services industry as part of the buy side advisory team.

Within the startup community Jawwad’s interest lie at the intersection of online education, financial services, empowering the special needs community, impact and trans-formative investments and teaching computer science to middle school children. He was part of the core team that launched the PASHA Startup Insider series, PASHA Launch Pad, PASHA Social Innovation Fund as well as the PASHA Nestio incubation initiative in Pakistan.

In addition to PASHA Jawwad has also worked as a mentor for the MIT Enterprise Forum, Plan 9 (PITB), SPRING Accelerator and as a mentor and a head judge for the Asia Pacific ICT Awards since 2007.  Across the last decade he has mentored over a hundred founding teams focusing on idea validation, selling, marketing, financial planning, valuations, pitching, product development and scaling up.

Jawwad was an adjunct Faculty member at the SP Jain Campus in Dubai and Singapore from 2007 to 2018. He taught courses on Entrepreneurship, Risk Management, Derivative Products, Portfolio Optimization and Project Finance. He also teaches the Entrepreneurship elective at Habib University and the Treasury and Portfolio management course at IBA weekend MBA program.

Jawwad has run the 5 day Founder’s boot camp at Nestio for all ten batches of incubated teams from 2014-2019 as well as teach entrepreneurship and Computational finance courses at local universities in addition to volunteering as a late evening track coach.

Of all the work he has done so far in his career, Jawwad has found teaching to be the most fulfilling. It doesn’t matter if he is running a treasury products workshop for corporate bankers or a pricing option session for traders, Jawwad has consistently received above average ranking from his audiences across the world. He attributes these favorable scores to his hands on teaching style, his real life case studies based on market data, his ability to identify approaches that work with different student segments and his “no-concept-left-behind” instruction philosophy.

He currently serves as member of the oversight board for the PASHA Social Innovation Fund, the PASHA Google Tech Incubator TheNestIO, IBA’s Academic advisory board and the Edu Enrich Education foundation in Karachi.

Other than building models, writing books and teaching computational finance Jawwad has a habit of going off on a tangent every now and then.  His other interest include creating large data sets, building counter narratives to popular but incorrect opinions, road running and power lifting. He started road running after a break of 27 years and being told that he will never run again, runs 5k’s and 10k’s on the weekend with a group of hardcore road runners, power lifts once every week and wants to run a sub-2:30 half marathon before he turns 50.   Two book projects on his bucket list are titled “How not to be stupid in the gym when you are old and dumb” and “How to get back on the road after dropping a 150 kg loaded barbell on yourself“.  He feels that if you would like to know more about him, these off topic pieces offer the best introduction. Take a look.