Feed Garfield out on the iPhone tops China charts

Building engaging games on multiple smart phones platforms is difficult. I should know because despite trying for many years I still haven’t built one.

Building great games is a painful iterative process that includes more hits than misses. For every thirty titles you publish, if you are good and lucky (at the same time), you might get one decent hit.

Building great games that rank in the top 25 downloaded titles in the largest markets of the world is worthy of note for any team.

Doing it twice in a row would be an amazing feat you would certainly expect from the largest gaming publishers & studios who after years of pushing titles have mastered the art of success.

Doing it twice in a row in less than 12 months with just two published titles and a team of three people in the city of Karachi would require a mix of magic, luck, potions, voodoo and God knows what other mixture of enchanting brews.

If Pi-Labs didn’t do it this weekend, I don’t think anyone would ever believe it was possible. 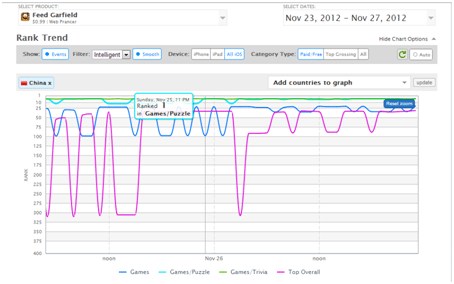 Munir Usman and team at Pi-Labs have apparently figured out what it takes to build a really great game on a consistent basis with an unbelievably small resource base.

Pi-Labs first big hit was Candy pot that topped the charts in Hong Kong and became a top 25 game in China, one of the largest and sought after smart phone gaming market in the world. Feed Garfield is their second big hit in the same year that has topped the charts in more than ten markets, including China, this weekend. 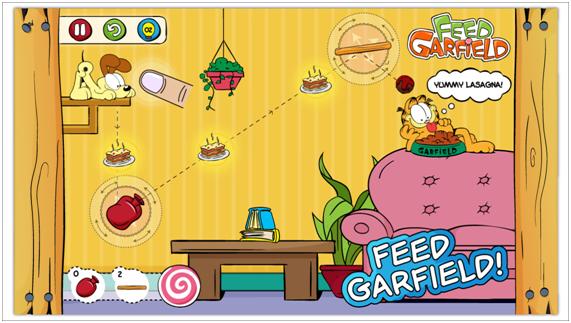 Munir agrees that there is a secret sauce; and some mix of black arts, magic and voodoo involved. But he is not telling. Atleast for now.

Jehan, Zafar and I plan to lock him inside a room at the Empire in Brunei this weekend and not let him go till he hands over the secret sauce and the key to the golden mix that brought a brand like United Artist to his door.

If you have any suggestions on suitable interrogation techniques that involve food, the three of us eating and Munir watching, please feel free to share them.