Overconfidence regarding our prediction skills often leads to worse predictions in situations where there is a high level of uncertainty surrounding an event. In the book by Nate Silver “The signal and the noise – why so many predictions fail but some don’t”, uncertainty is represented by the noise-iness of the data, which masks the true underlying signal of a given event.

Overconfidence often results in mistaking the noise for the signal, over-fitting or over-specifying a deterministic solution to a more general, dynamic problem leading to wrong predictions.

This problem is compounded by the fear of failed predictions or the hesitancy in expressing results with an acknowledgement of the inherent uncertainty in situations (as given by presenting results in a probabilistic manner or as odds).

It is further exacerbated by not having the incentive to make honest, consistent and accurate results, or rather having incentives to make biased, less honest, less reliable forecasts. Biased forecasts damage the credibility of the system as a whole and stem the progress that may be made in improving forecasting ability.

Silver discusses a wide range of arenas where predictions and forecasting have been used highlighting the few success stories among the plethora of failures. These include areas as diverse as baseball, presidential elections, weather, earthquakes, chess, poker, financial markets, infectious disease outbreaks, climate, terrorist attacks, etc.

The internet has exponentially increased the amount of data available to us, but it has also increased the likelihood of greater errors in forecasting due to degree of noise present in the data. Forecasters often tend to mistake correlations in the data for causation. The predictions should be data driven but should tell a story that is rooted in reality or fundamentals or process. The problem or situation being forecasted should not be viewed merely as a set of variables and equations, or data for data’s sake alone.

Silver advocates a probabilistic Bayesian approach to thinking and decision making. He states that a probabilistic methodology is an essential part of a scientific forecasting. It encourages us to place bets on our understanding of events, our hypothesis. The Bayesian approach recognizes that we all have prior beliefs regarding certain events and that these prior beliefs often color our interpretation of the data that we see. However, as new evidence is obtained the approach allows us to continually revise and improve our interpretations and views and to re-test our hypotheses. We weigh the strength of the new evidence against the overall strength of the hypothesis or theory and revise or change (or not change) our beliefs accordingly. Sometimes new evidence may suggest that the original forecast is incorrect. It is important to correct such a forecast than to persist in sticking to it.

A frequent feedback loop helps keep the model well calibrated to the data. Overtime as more data becomes available divergent beliefs would converge toward one another. 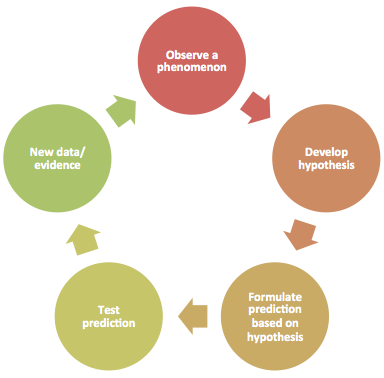 Silver stresses the importance of using simulation models over statistical ones. The latter may be used as a base line case but the former helps us to consider and imagine a wider range of events.

The uncertainty in probabilistic models should prompt action rather than hinder it. Forecasters have a tendency to mistake unfamiliar situations as improbable ones thus making them unprepared for and vulnerable to such situations when they occur. Probabilistic approaches, especially in situations with a higher degree of uncertainty, encourage us to think of possible events that we are least likely to consider. By accepting that we don’t know everything and not fearing our failures we improve the chances of getting some of our predictions right.

Other issues that were highlighted in the book include: