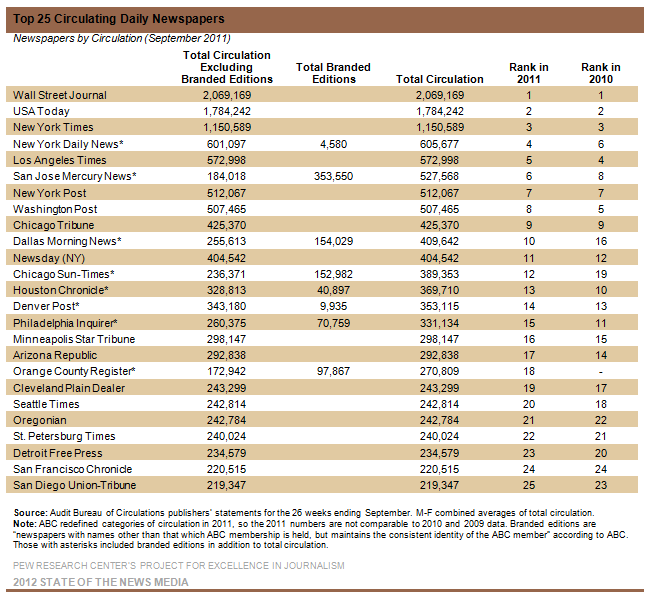 While we may disagree with the opinions and orientations of the Post, the Post still has an incredible following.  If you look at the public posture and position of individuals involved in this transaction there are some clear signals. The most important being “there will be no change in editorial policy or leadership”.

But there will be a change in commercial terms. Think of the Post as expensive Real Estate on the web that will get remodeled by a team that owns one of the most efficient Real Estate locations on the web.

The Post is currently ranked as number 409 on Alexa. Compare this to Amazon top ten position (number 6 right now) on the same index. But that is Amazon. Within comparative newspapers and peers the Post really doesn’t do well in competing on traffic as per the slightly dated piece in the Atlantic on Traffic statistics – 2011.  Also see the State of the media report and the Journalism Labs at Harvard piece on share of Newspapers in online traffic and pageviews

Add what Jeff and his team can do in terms of monetizing Post’s existing and future content combined with the commercial potential of properties that Jeff already owns and the numbers should work.

The new business model for the world is no longer content is king. It is content, traffic and monetization.

Ask yourself this question. Where would Post be if it had the credibility of The Guardian, the traffic of Huffington Post and the commercial potential of a business like Amazon? With Jeff as the primary owner this is all achievable.

It is a big day for technology and journalism.

“But the point of our ownership has always been that it was supposed to be good for the Post.  As the newspaper business continued to bring up questions to which we have no answers, Katharine and I began to ask ourselves if our small public company was still the best home for the newspaper.  Our revenues had declined seven years in a row. We had innovated and to my critical eye our innovations had been quite successful in audience and in quality, but they hadn’t made up for the revenue decline.   Our answer had to be cost cuts and we knew there was a limit to that. We were certain the paper would survive under our ownership, but we wanted it to do more than that.  We wanted it to succeed.”

And the man himself, Jeff Bezos

“So, let me start with something critical. The values of The Post do not need changing. The paper’s duty will remain to its readers and not to the private interests of its owners. We will continue to follow the truth wherever it leads, and we’ll work hard not to make mistakes. When we do, we will own up to them quickly and completely.

I won’t be leading The Washington Post day-to-day. I am happily living in “the other Washington” where I have a day job that I love. Besides that, The Post already has an excellent leadership team that knows much more about the news business than I do, and I’m extremely grateful to them for agreeing to stay on.

There will of course be change at The Post over the coming years. That’s essential and would have happened with or without new ownership. The Internet is transforming almost every element of the news business: shortening news cycles, eroding long-reliable revenue sources, and enabling new kinds of competition, some of which bear little or no news-gathering costs. There is no map, and charting a path ahead will not be easy. We will need to invent, which means we will need to experiment. Our touchstone will be readers, understanding what they care about – government, local leaders, restaurant openings, scout troops, businesses, charities, governors, sports – and working backwards from there. I’m excited and optimistic about the opportunity for invention.

Journalism plays a critical role in a free society, and The Washington Post — as the hometown paper of the capital city of the United States — is especially important. I would highlight two kinds of courage the Grahams have shown as owners that I hope to channel. The first is the courage to say wait, be sure, slow down, get another source. Real people and their reputations, livelihoods and families are at stake. The second is the courage to say follow the story, no matter the cost. While I hope no one ever threatens to put one of my body parts through a wringer, if they do, thanks to Mrs. Graham’s example, I’ll be ready.