The call of the Koel (read: Koyel)

The Call of the Koyel

Once upon a time in a different life we didn’t need a thermo nuclear reactor to support all the air conditioning we need today to prevent a core melt down in Karachi’s mid summer heat. I remember sleeping with the windows open at night so that the drift would ultimately cool us down. I am sure it was equally hot in that different life but I hadn’t begun to carry fifty kilos of excess baggage our parents generation had a different philosophy of handling heat. Living in a nation perpetually starved of power brown outs and involuntary blackouts were common and we would escape to the star lit lawn with chaddars (sheets made from rough cotton) and tales of travels and adventures in colonial hill stations and exotic locations from my mother’s childhood; hour spend stargazing beneath the open sky.

The only problem with power deprived late summer nights was summer mornings. Come 4:45 am and it would begin to get light outside. Though sunrise was still thousands of heart beats away, the hide and seek daylight played through the wide open windows in your room would make it difficult to carry on with the mission of sleeping. Even if you could manage to grow a specially thick pairs of eyelids or were endowed with an equally serious commitment to your quota of shut eye, nature had a secret weapon that you could never defy. 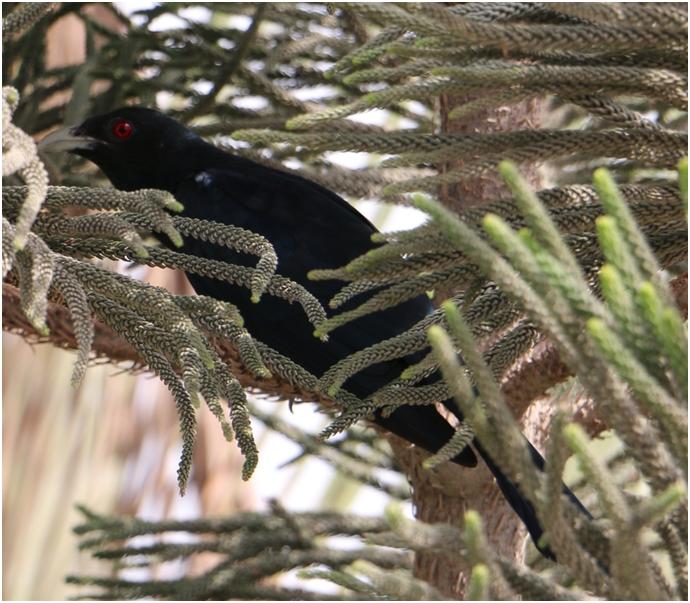 Figure 1 Our resident Koyel – Calling out under the mid afternoon sun hidden within the fir tree.

I remember waking up through my childhood and early years to the song of the Koyel. If you have woken up with that song throughout your childhood, it is the sweetest memory of summer, other than mangoes. 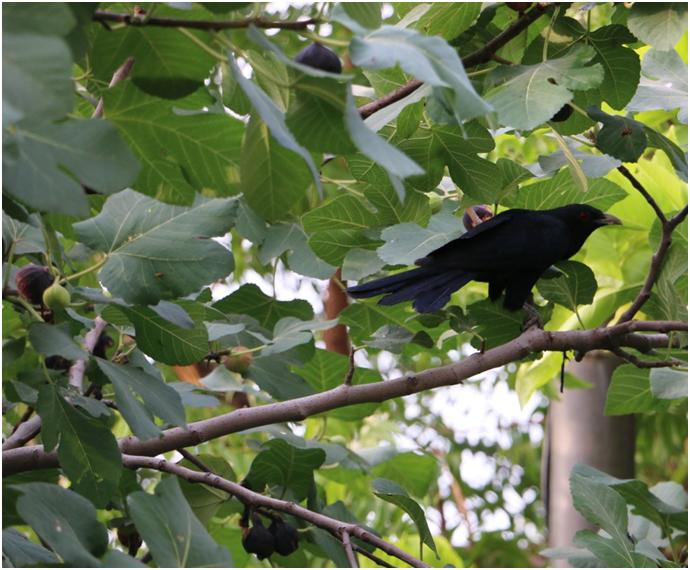 Figure 2 Our fig tree is a popular snack bar for the two pairs that nest in our lane.

Families would plant mango and fig trees in their gardens in the hope that a Koyel will nest in their neighborhood. It is the song that I missed the most when I first moved to Europe and then New York. Even now after years of travel to foreign lands summer mornings seem empty without the call of the Koyel. 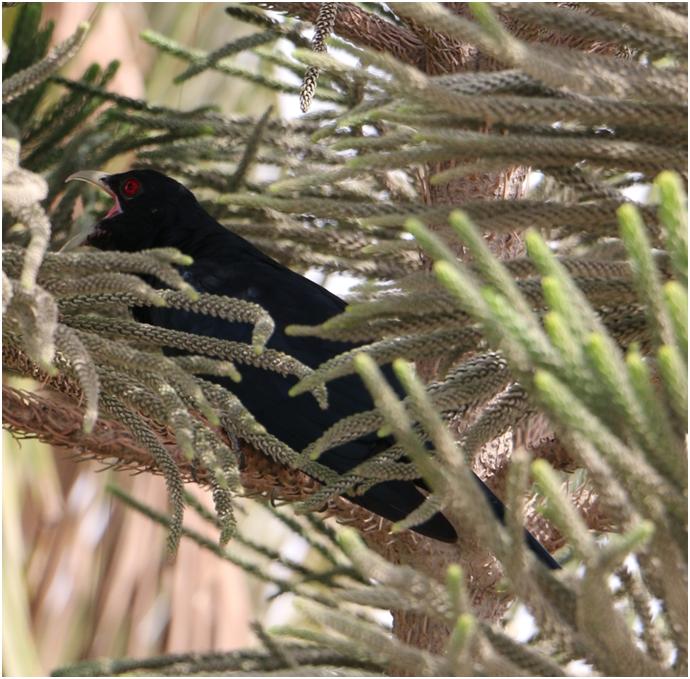 Figure 3 Koyel caught in the act.

While the correct spelling is Koel, the desi pronunciation in Urdu and Hindi is closer to Koyel. It is a significant improvement over the English cuckoo bird which robs the original name of all of its sweetness and romanticism. While one could stretch imagination to link the call of the Koyel to the coo, the westernized name for Koyel in a different era should have triggered a global war. They have certainly been fought for a lesser cause. The name is singularly unimaginative, and to many fans of Koyel, a grievous insult. Cuckoo bird, indeed. 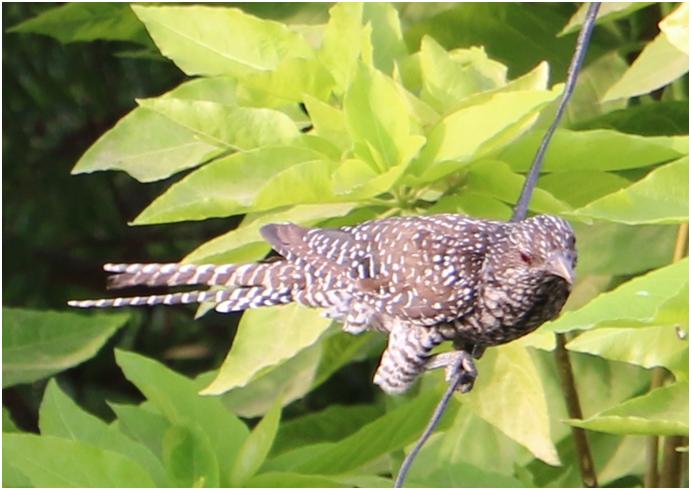 Figure 4 The female of the species…

Within the pair, the males stand out with their glowing jet black feathers (a different shade than ravens and common crows), while the female comes in a different spectrum of brown. They both share the blood red iris, which among other things, differentiates the birds from ravens and crows. 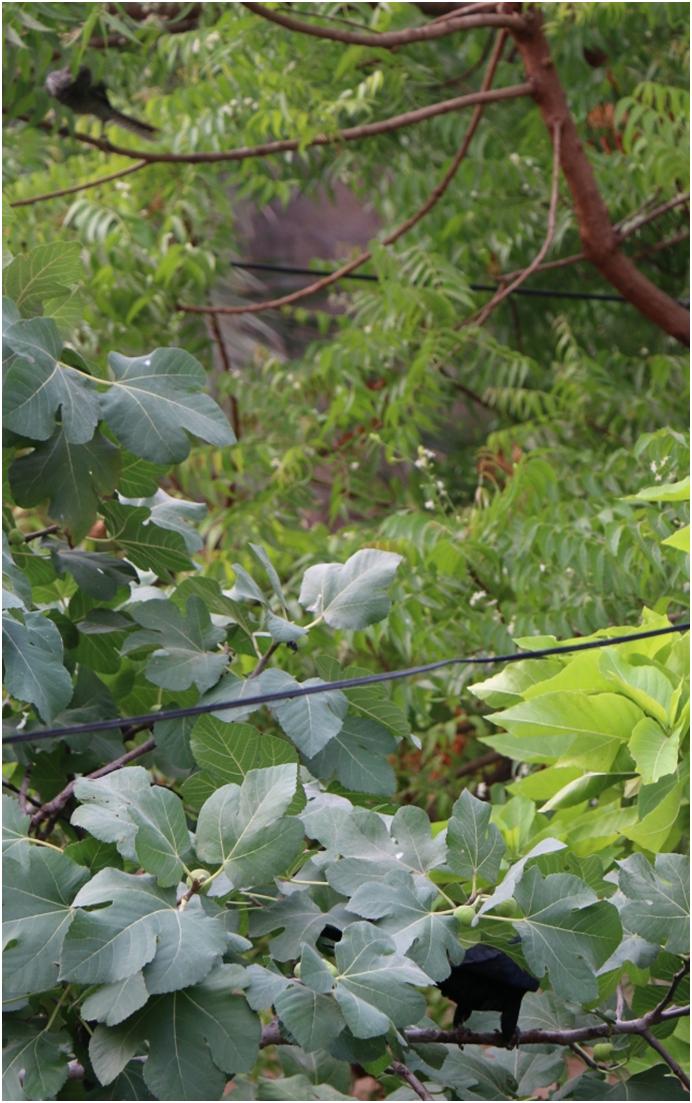 Figure 5 The pair feeding in the morning hours

I grew up with the call of the Koyel in Karachi summers. My kids on the other hand have never had the motivation to throw something at the bird in question at 5 am in the morning. They are either better sleepers or more committed to the cause of the shut eye than their parents. 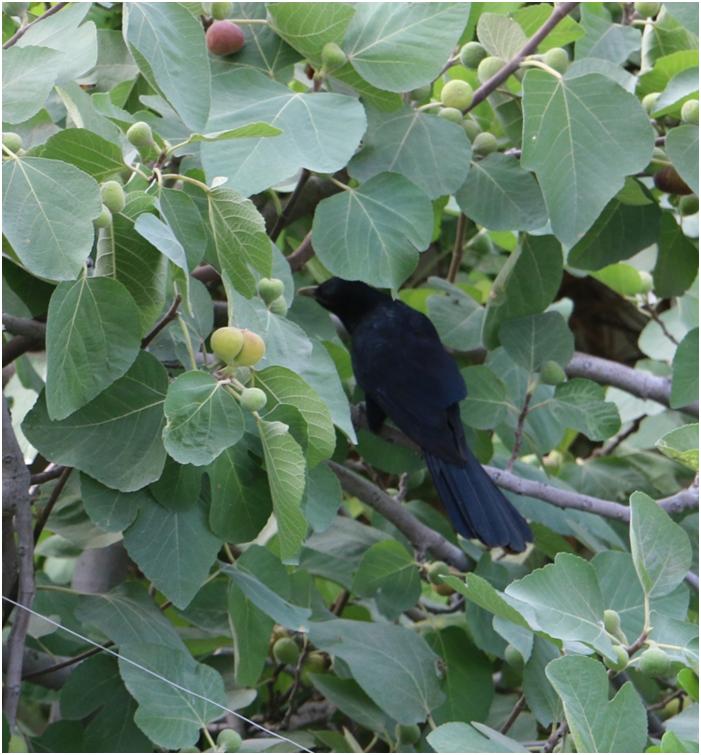 To listen to the song of the Koel in its full glory with a collaborative background provided by a humming bird, click the image below to run the sound clip. 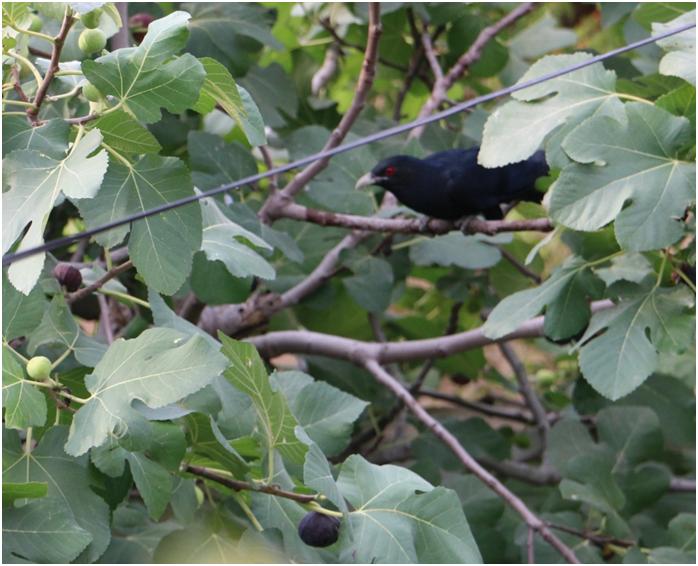 Note: No Koels were harmed during the picture shoots or the writing of this article. They are all resident in our lane and you are more than welcome to catch them in the act of waking the entire neighbourhood at 4:45 am sharp. 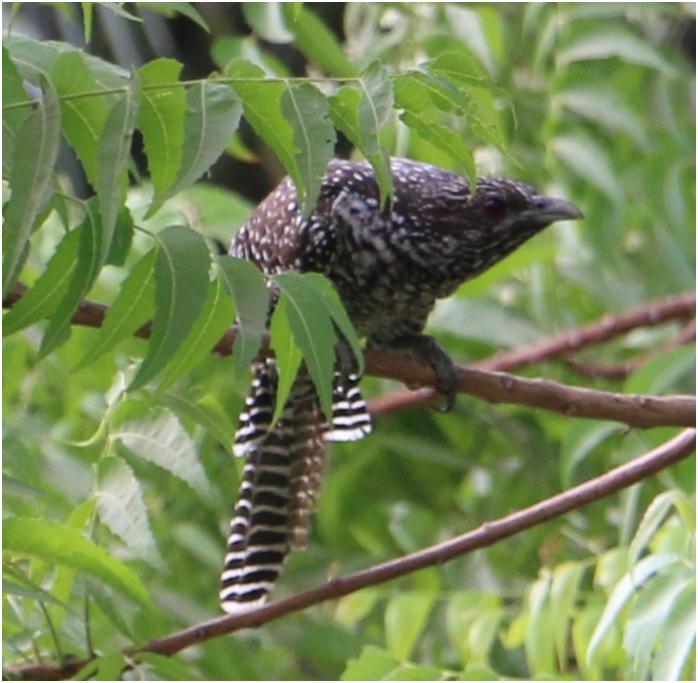