The startup scene in Karachi circa June 2014

The startup scene in Karachi.

I came back home (Karachi) in 2003 and for a list of odd reasons decided to decline two respectable offers to shift to startup mode again.

The first two years were a slog. The network I had left when I headed to the US in the ’90’s had grown in prominence and generated a number of interesting projects but I wasn’t really connected to the technology entrepreneurial network. I wasn’t even aware that such a network existed. It sucks to be broke, hungry, alone and be a startup guy at the same time without a long line of shoulders to cry on. Throughout 2003 and 2004 I was that person.

In December 2005 all of that changed. We ran into PASHA (the Pakistani technology industry association) at the PASHA ICT Awards. It opened doors to a new community of friends, colleagues, peers and mentors that made it fun to run a technology startup in Pakistan. In addition to making friends within the industry, the PASHA network ran a number of interesting events that made it possible for quite a few of us to get involved with the startup scene in Karachi.

The most memorable of these events, which still runs today in Karachi, Lahore and Islamabad is the PASHA Launchpad. If you are startup you are invited to participate. You apply, you are short listed, you pitch in front of a panel of judges and you walk away with a check for anywhere between US$ 1,000 to US$2,500. It is not a large amount by any standards but in Karachi it pays a reasonable developer’s salary for four months (@ US$ 600 per month) or you can use it to pay rent for a quarter for your 1200 sqft office (@US$400 per month).

Figure 1 Hunaid and Zayed. Two of the youngest PASHA Launchpad winners. Both were high school students when they won the award

PASHA Launchpad participants tend to showcase what is happening at the school and undergraduate level in a given city. Last year the youngest winner was a high school student who had created a platform for O and A level (University of Cambridge High School equivalent exams) students to test and benchmark themselves against other students using publicly released past papers. The technology wasn’t breath taking but the fact that a 17 year old could build a business and attract 50,000 pageviews a month for his home grown site meant a great deal to the judges. But it has not just been high school students. Seasoned entrepreneurs also pitch their ideas at Launchpad event for validation and immediate traction. This year a 3D printing idea ran away with a prize. A few years ago Solo smart in Lahore wowed judges with a advanced facial and retinal recognition platform. 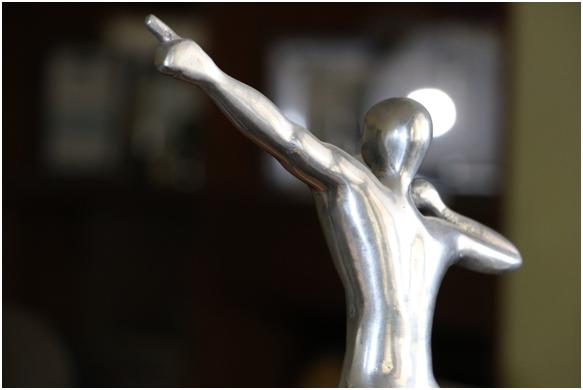 PASHA has now been running Launchpads for five years and they still end up being one of the most exciting evenings of the year for the technology inclined. They are only matched by their energy and buzz by the annual PASHA ICT Awards – the show case for the industry that also selects participants for the Asia Pacific ICT Awards held every year.

In addition to Launchpad PASHA also runs a Social Innovation Fund that gives away a grant of US$ 10,000 for ideas that combine technology and Social Innovation. The fund was established with a generous grant from Google but is run independently by an advisory board and judges nominated by PASHA. Grant winners in the past have included UrduStudio.com, ToffeeTV.com and Dot Zero.

But PASHA is not the only scene in town. There are a handful of spaces that attract young teams as well as exchange of ideas. The Second Floor (T2F) was the first such space which was followed last year by DotZero. Both specialize in events around the technology space with T2F offering a more well rounded curriculum of events. More importantly both spaces attract crowd that have a distinct bent towards technology. T2F with Code for Pakistan and PASHA hosted Pakistan’s first Civic Hackathon that then inspired a series of similar events across the country. Dot Zero become Karachi’s second incubation space and very quickly reached full capacity. 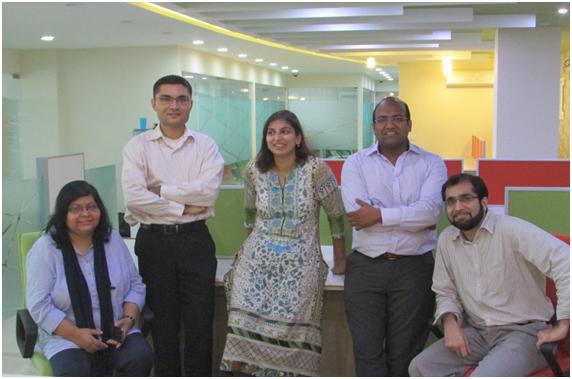 In terms of ideas and teams that we see as mentors, they consistently come out of one of these three schools. While there are a number of additional CS programs but their representation in the startup community is quite limited. We don’t see their graduates present or win at local competitions. Ideas range across two extremes. Most start as services teams that evolve into product companies. While the debate still rages on the best way to bootstrap out of servitude and abject poverty for a startup in Karachi, the direction is quite clear. Products are the way to go. A large percentage of teams focus on the mobile application development space. It is very rare to see an Enterprise software concept or a large footprint deployment idea emerge from groups we see at our regular startup community and mentoring events. And when they do, it is a refreshing change. Asligoli, a concept accelerated by Invest2Innovate focuses on solving the counterfeit medication problem for the Pharmaceutical industry in Pakistan. Similarly in the education space two of the most exciting recent ideas that are quickly gaining traction are Robotics Labs and KITE.

And then there is the stealth layer that no one talks about or really sees. Where do Pakistan founders and team leaders go after their second or third successful exit in the US. I have run into five just in this city over the last 3 years. They work on products and concepts for the next big play while keeping an ultra low profile in the city. Their teams are small but elite, the ideas self funded, the focus without fail is US customers. One such company before its exceedingly successful exit a few years ago was MIXIT. MIXIT’s software ran on the floors of NYSE, AMEX & CBOE but unless and until you ran into its Pakistani co-founder you would have never guessed what MIXIT was upto in Karachi.

Over the last two decades I have started up five ideas. Three of them in Karachi. Two in Southern California. Two failures, one living dead, one exit and the current one on which the jury is still out. Given the fact that I was born, raised and educated in Karachi with a few breaks in between, my network and my heart belongs to this city. Which makes it easier for me to collect on favors, do the impossible, be a parasite and a pest, and survive with a family on a ridiculous shoe string budget. In the city the cost of launching a product, testing it and letting it fail is about US$10,000. There is no shortage of talent but it takes an effort to retain and motivate it. Finding money is not impossible but requires you to walk further down the path to credibility.

The important point to take away is that I am just one of the few hundred zealots infected by capitalism who returned home to build a better life in Karachi. But you won’t find our stories covered anywhere because we like our low profiles and would rather be left alone than be splashed on the cover of a local daily. What happens in the tech circles, stays in the tech circle.