Two days ago, on a Saturday morning, our 2 MB hard-line optic fiber connection died. Since I had to send an urgent email out I took out my trusted phone and plugged in the USB cable to use the tether mode on my Nexus 5.

Within the first few second I knew that something unusual was happening. My measly phone connection was way faster than anything I had seen on the hard-line in recent months.

So I did what we always do when confronted with abnormal bandwidth speeds – I defaulted to the speed test and lo and behold the gut feeling was right. 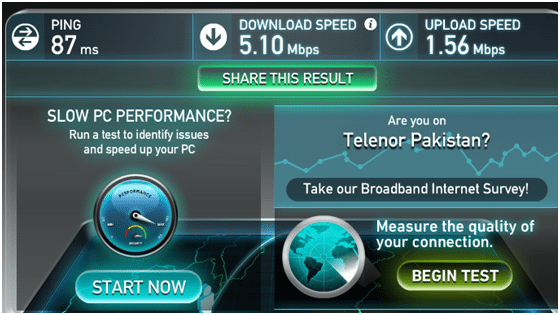 Telenor was blazingly fast on the new 3G network. But it is difficult to get over a decade of disappointing performance and my first reaction was something is wrong. Maybe someone just left the pipe open by mistake and in a few hours they will figure out the issue and lock it down.

Later in the evening just before I left for home, the same test showed that rather than locking down the pipe, the team responsible had opened it wider. 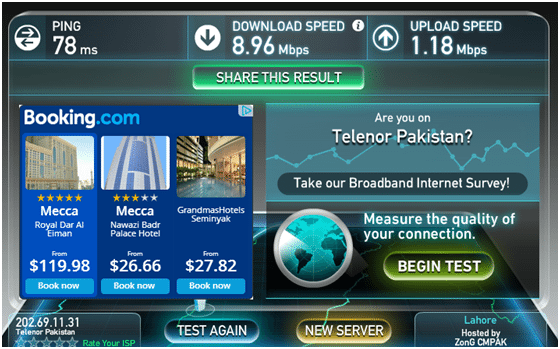 But what works on a Saturday, generally doesn’t work that well on a Monday. Come Monday morning, I ran the test again and yup the pipe was still open. 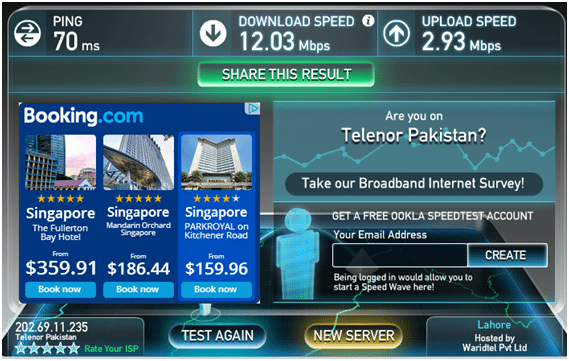 The only other explanation I could think of was that it was the Ramazan and last week of July effect. Everyone else is off their phone and busy sleeping, praying, recovering or shopping. Perhaps once Eid is done, the test results will come down to their normal turtle mode.

I have never seen these speeds on a cell phone data plan earlier in Pakistan so it was a refreshing change to realize that if my hardline every went down, there was a much speedier back up available (for now). Mind you I have only recently witnessed these speeds off the Shaheed-e-Millat neighborhood in Karachi. I have yet to witness them in Gulshan-e-Iqbal or DHA Phase V. But it bodes well for telecommuters and speed junkies in this town.

Finally the network is set to move forward.