Online Corporate Finance: The story behind the resource, the free finance courses and solved cases. 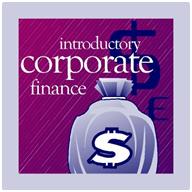 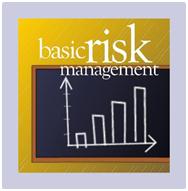 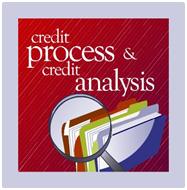 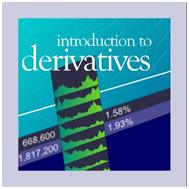 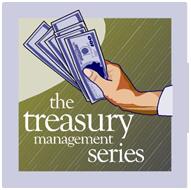 An extract from Reboot setting the context for how the first version of the online corporate finance resource came about.

An Ivy League business school is a great place to get your bearing. In a world characterized by 700 plus GMAT scores, outstanding college grades, fast-paced careers, and a one-in-ten entrance rate, you end up competing on a daily basis with the best and the brightest.

One would think that in the presence of such masters of the universe, no concept would be difficult to understand or decipher; no assignment too difficult to handle; and it would be one extended two-year vacation before you walked out with a substantial increase in your future paycheck and a choice of plum positions. Who would stumble and panic just because they had a measly statistics or corporate finance assignment due the next morning or a macroeconomic final the day after? Who indeed? With a few exceptions, everyone, regardless of their background, education, or experience, admitted to being overwhelmed with the course load of the first term.

My course load was no different. Columbia had an exemption policy for core courses—mandatory courses that formed the foundation of second-year electives. You think you know the subject, take the exemption exam, pass it, and advance to the next level of elective. Due to the policy, students familiar with the core could move on to higher-level topics without being held back by the structure of the program.

In a temporary fit of insanity, I exempted out of corporate finance and took a PhD elective titled “Continuous Time Finance” (CTF for short), a subject I thought I knew from prior exposure. Maria Vassalou, the professor, warned me on the day of registration about the complexity of the subject and her experience with previous ambitious MBA students who had wandered in her class under the mistaken assumption that all PhD finance electives were alike. After ignoring her friendly advice, I undertook a 12-week torturous journey of ignorance and self-discovery. Towards the end of my first term, I was just as lost and confused and worried about flunking the first term as everyone else was about their particular demons.

For help I turned to search engines. Unlike now, where Google turns up 200 plus pages of relevant hits, Alta Vista didn’t yield anything useful in 1999. You got several pages of hits but none included materials that would help me pass my CTF final. An informal survey of other students indicated that if I was being kept awake by CTF and a paucity of material on the subject, others were facing similar nightmares with accounting, microeconomics, statistics, corporate finance, operations management and capital markets.

Two options were teaching assistants and tutors (access to either was limited) or spending hours arguing the finer points of the topic at hand with classmates. Both options were out because as a “has been master of this universe” it was below my dignity to publicly declare my ignorance by being caught outside or inside a tutorial session with ordinary mortals.

The structure of this problem lay with the composition of the typical business school population. To maintain balance and the right chemistry, one-third of the student pool came from consulting, one-third from banking or financial institutions, and one-third from liberal arts backgrounds. The liberal arts majors (or poets) were blown away by the numbers required in the first term and struggled throughout their stay in school. Of the consultants and bankers, probably half had the math background necessary to do well in school but only a small select percentage had the right combination of experience, studies, grades, and mindset necessary to thrive.

The rest had led sheltered, comfortable lives in narrowly defined functions. At ease in areas similar to their own work, they were just as lost as the poets when they were forced to venture onto unfamiliar territory. A back-of-the-envelope calculation said that of a pool of 800 students, 70% would look and pay for assistance if they could get it discreetly, conveniently, and cost effectively.

Why? Because everyone wanted the consulting and investment banking jobs with tuition reimbursements and guaranteed first year bonuses. The only prerequisite was respectable grades. All interviewers wanted the top 5 percentile and even a single bad grade would deflate dreams, ambitions, careers and bonus prospects.

If Columbia had more than 600 lost souls every year, when you added the other top 50 schools, you were looking at another 15,000 students in a similar fix all willing to spend US$ 20 to 30 a month for personal tutorials, guidance, assistance, and answers. Thirty dollars a month from 15,000 students added up to US$ 4.5 million a year, which was a lot more than anything I could hope to earn over the next decade of my professional life.

It took Don Sexton, our International Marketing professor, to provide the framework that became the basis of the business plan for Avicena. The pitch was very simple: 120,000 adults apply to business school every year. Of those, 30% get in. Of the admitted candidates, 70% will need some assistance with at least two subjects in their first term and with more later on. If you could capture a reasonable share of these in the first term, retain them throughout their remaining terms at school, and convince a smaller percentage to keep on coming back to the site for answers to their queries over their working lives, the numbers quickly added up to a fairly substantial gross revenue figure.

And this was just business school: When you added other professional education, continuing professional development, and certification markets, the numbers just got bigger and better. The question was could you generate content and serve it to this group in a cost-effective fashion to build a profitable base. If you could, the opportunity was yours for the taking. As with everything else, the only sure-fire way to find out was to take a leap of faith, jump in, and give it a shot; which is what we did.

To get a flavor of the life we enjoyed as first year MBA students at the (then) new Columbia Business School Campus in 1999 as well as the professors who taught us, please check out the following pieces from the Columbia Business School student magazine, Bottomline. Every thing is a little dated but I hope that it will give you a glimpse of the days that led to the idea which ultimately became Learning Corporate Finance.