In our last article on Gold relative value: using commodity mispricing to forecast gold prices , we reviewed a number of possible drivers for the rise in the value of Gold. This article is an extension of the same discussion on gold with some additional supporting datasets and graphs.

Our first argument and model was relative value and the suggestion that the rise was somewhat proportionate to the change and purchasing power parity of the US dollar. As a proxy for this effect we used the Swiss Franc to measure the relative depreciation of the US dollar and its subsequent impact on the price of Gold. Starting May 2010 if we use the Swiss Franc (CHF) as our stable currency, the graph below shows the change in price of Gold based on the appreciation of the Franc against the US dollar.

For such a simple model, the direction of the forecasted trend was actually quite accurate and the model error (fit) other than four spikes in the middle of the data set remained around 6% with a standard deviation of 4%. 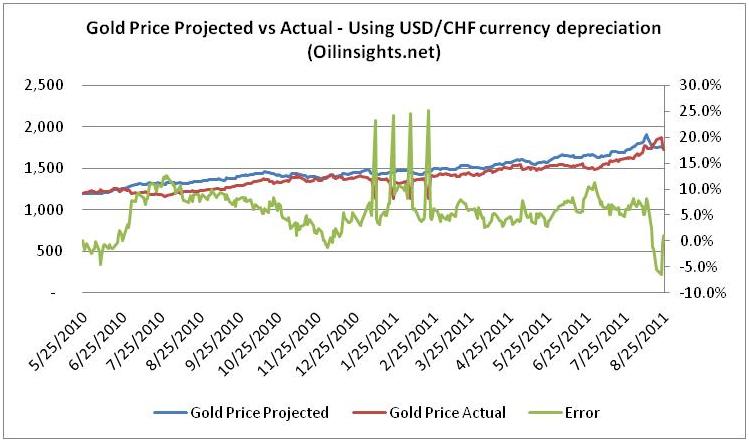 However the biggest issue with the model was its inability to fit the data set over the last 6 years. While the model worked on average over the last 16 months, its performance over the four years prior to the fit was quite dismal. 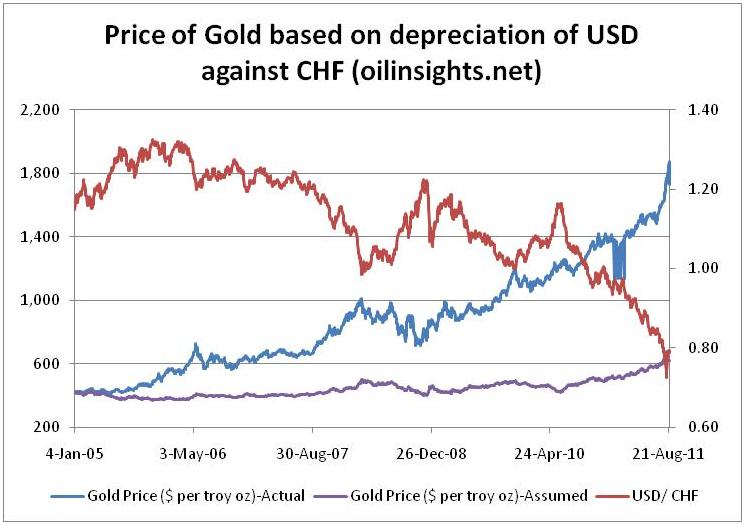 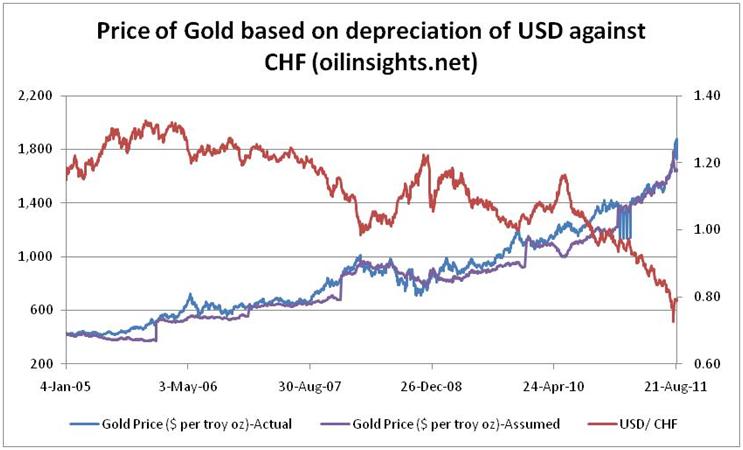 A second alternate was to use trailing correlations between a stable currency pair and gold prices to determine the projected price path for Gold. Agnes in her post describes and provides the background material for building the Gold relative mis-pricing model using trailing correlations. The graph below shows the fit of this model to actual historical gold prices. 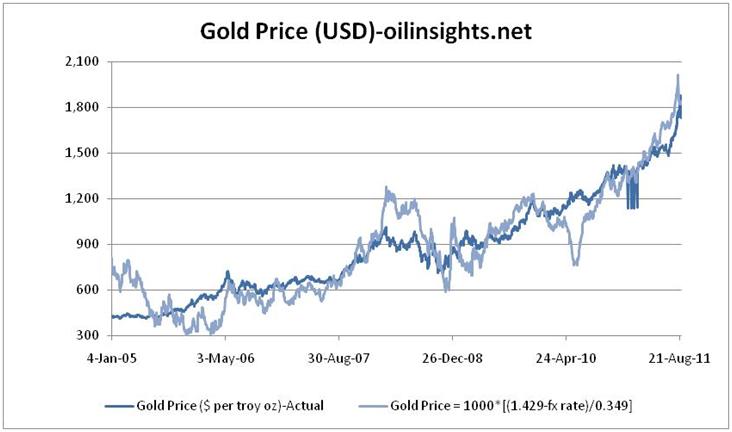 Once again while the fit for the initial model was a little weak, a few excel spreadsheet based tweaks created a much better fit model. 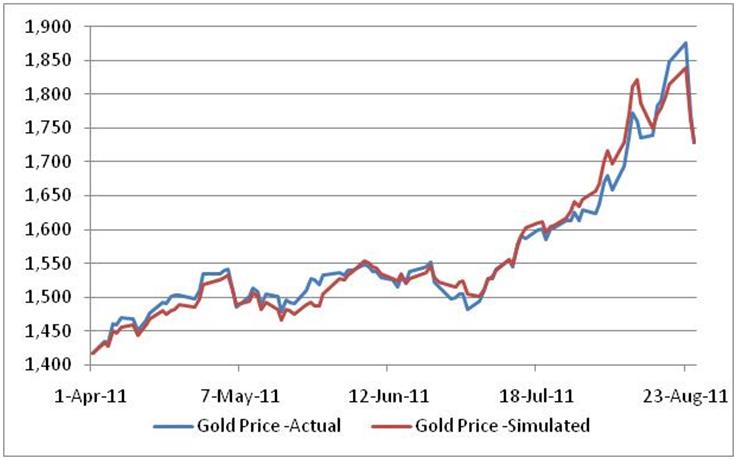 A third alternate was to base the change in price of Gold to the increase in trailing volatility for the two major reserve currency pairs – the USD against the Euro. One common argument is the replacement of reserve currency argument. The argument suggests the reason why investors are reducing the exposure to the Euro is on account of the dramatic change in its value over the last 18 months and the likelihood and continuation of the same trend in the near future. However as we plot trailing volatilities, there is no clear trend or direction between the change in the value of trailing volatility and Gold prices. 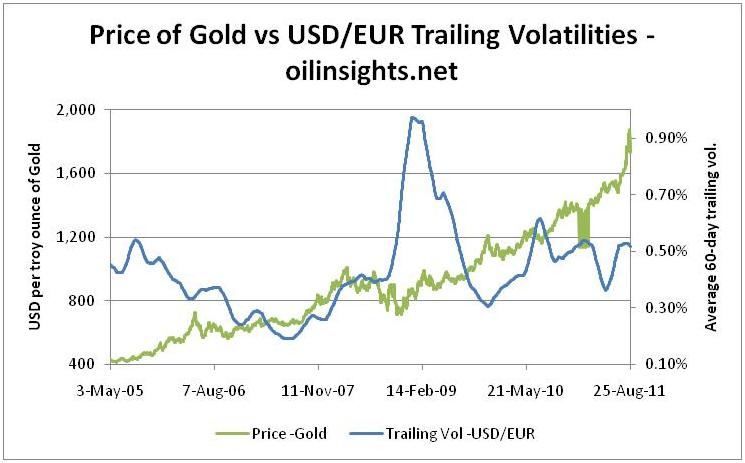