After all without understanding the process of calculating unexpected loss using the BIS model how could we really appreciate the solutions the alternate approach offers when it comes to Economic Capital modeling.

In the banking world, economic capital approaches use a model based on the value at risk.  Within the regulatory framework, economic capital should compensate for unexpected and unanticipated losses booked when banks and financial institutions are forced to function outside their normal operating environment.

Regulatory guidelines suggest the expected loss figure is determined by the midpoint of the loss distribution[1].  BIS approach assumes that reserves and provisions held on the balance sheet of the bank should adequately cover and compensate for “expected” loss caused by normal operating conditions and economic capital should primarily cover the “unexpected” portion of the loss distribution.

For the model to work we need a reasonably sized data set and some stability in the return distribution. For instance, if we plan on using the 99.9% threshold for unexpected loss, a dataset with only 30 data points won’t be effective. The resulting distribution wouldn’t have the granularity we need to answer basic questions focused on how predicted loss numbers would change as we walk up and down the distribution.

For example, the monthly return distribution of interest rate changes in a 10 year emerging market sovereign bond does not have sufficient details to build a complete economic capital model because the model is missing definition (details) required to calibrate the model at different probability thresholds (99%, 99.9%, 99.99%). At 99% percentile, we need 100 data points for the model to work. For a configuration requiring 99.9% or 99.99% percentile, we need 1,000 and 10,000 data points respectively.

A distribution with twenty eight years of daily price change data for crude oil price has 7250 rows of data and can be configured to model capital at the 99.9% threshold, possibly a bit higher.

But granularity is not the only consideration. Using the oil price distribution as an example we need to understand how returns are distributed, the shape and form of the distribution and expectations (mean, median & mode of the return distribution).

How do we extend this approach for estimating economic capital for credit risk?

The credit risk methodology uses three estimates. Probability of default (PD), Loss Given Default (LGD) and Exposure at Default (EAD) for a given asset class. Once the estimates are available we also need to factor in the correlation between line items in a given asset class as well as across asset classes.  That is a big issue given the number of product types and subtypes available on the credit side and an equally impressive list available on the investment side. Making them all work together on a UL calculation for an economic capital model is an awkward task.

Our starting point for estimating Expected Loss (EL) is the following equation:

Let us take a look at each of these components individually.

a. Probability of Default (PD)

The probability that a default will occur on a credit obligation by a client leading to a partial or total loss.  Probability of default estimation models use a combination of behavioral data (past payment trends and history), financial information (leading indicators based on financial ratios) and subjective information (auditor profile, market feedback) to estimate PDs. Rating agencies use slightly different models to estimate PDs for a given rating class. For instance, the original S&P model bases credit ratings on their internal assessment of default by a given name:

b. Loss Given Default

The conditional expectation of loss given that default has already occurred. The LGD estimates vary depending on the underlying transaction, committed collateral, security and claim type of a loan. LGD could also be expressed as (1 – RR) where RR stands for recovery rate. LGD also becomes important when in addition to rating obligors, we also rate facilities.  Also, see E Altman Default Recovery rates and LGD in Credit Risk Modeling and Practice (2009).

An estimate that measures the exposure of a counterparty at the time of default. Imagine a working capital, overdraft or running finance line originally approved for  1,000,000. At the point that default occurs would this line be fully drawn, partially drawn or completely undrawn? A funded line of credit or commitment is relatively straight forward, but unfunded and contingent exposures are a little more complicated.

A forward contract on a foreign currency comes with local currency exposure that changes with changes in exchange rates. As rates go up and down the replacement cost on the contract if a default occurs also moves. Multi leg interest rate and cross currency swaps are more because we now begin to deal with multiple benchmark rates at multiple points in the future.  For such exposure a simple replacement cost estimate at a given point in time is not sufficient, we need to evaluate the worst case exposure across the life of the transaction (aka potential future exposure).  See EAD calibration for corporate credit lines – 2009.

When we put all of these considerations together, the Exposure at Default (EAD) value is modeled as under:

For derivative, unfunded and contingent exposure:

In our sample unexpected loss case study we will use publicly available financial statement data for a large bulge bracket investment bank and try and estimate expected loss (EL), unexpected loss (UL) and capital requirements using the approaches discussed above. We will make a number of simplifying assumptions and use shortcuts to improve readability.

We start with notional exposure (expressed in ‘000 US$) to derivative contract counterparties under the following categories.

a. EAD and EL calculations

Using the above exposures and the preceding model for estimating EAD (exposure at default) for derivative contracts we end up with the following values for EAD.

Using our EAD estimate from above we also add the probability of default (PD), loss given default (LGD) and notional exposure in dollar terms to estimate the expected loss figures for each of the above mentioned line items.

The equation for the calculation of UL needs some work.  See Measuring economic capital using loss distributions[1] paper on the more detailed mathematical derivation. For a single credit exposure, Unexpected Loss (UL) is  given by:

EAD = Exposure at time of default

Within the above equation, EAD is deterministic (known) and hence has a variance of zero. That reduces the equation from seven terms to three.

We take EAD out of the square root, ignore the smaller terms and are left with:

Putting all of the above to work together gives us our first estimate on Unexpected Loss (UL) using the short form approach.

The BIS Basel standard method for capital charge calculation is a little different. Ignoring the impact of correlation the BIS approach essentially calculates unexpected loss at 99.9% threshold, subtracts the expected loss given by multiplying PD x LGD x EAD and uses the difference as its estimate for the capital requirement.  There are a number of adjustments made in the formula for maturity and correlations but we will ignore these for the purpose of simplifying presentation in our case study.

The full form of the capital charge equation follows. Please see An explanatory note on the Basel IRB Risk weight function for a more detailed treatment.

Assuming zero correlation and plugging in our EAD, LGD and PD values in the above equation we get the following model implementation in Excel.

We take the z-score for our current estimate of PD, add the 99.9% z-score to it, add both numbers to calculate the revised worst case PD and multiply the result with EAD and LGD estimates for that line item.

Zooming out and repeating it across the three exposures we have been following in this case study we get:

BIS UL in column (6) is the BIS estimate for unexpected loss. Economic Capital (B) in column (7) is the adjusted capital charge after deducting the expected loss calculated in column (2).

The short form approach understates unexpected loss (UL) for the dataset used in the case study. The BIS approach leads to higher UL as well as higher capital charge estimates in our simplified model. Plugging in correlation estimates should help bring the numbers closer together because we do use them in the short form approach but ignore them in our contrived BIS example.

Remember our original disclosure. This is a simplified presentation assuming zero correlation and using a model for single credit exposure.  When you extend UL for multiple exposures or across multiple asset classes the equation becomes quite intimidating and daunting. 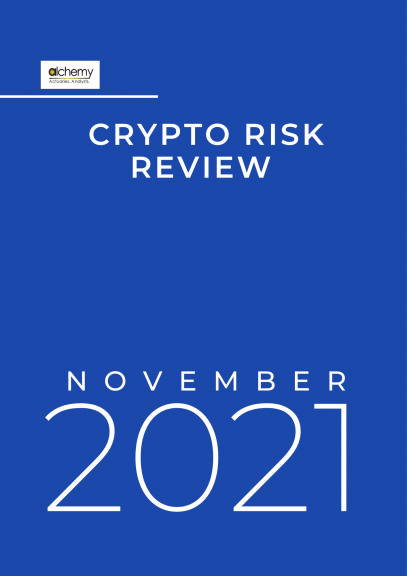