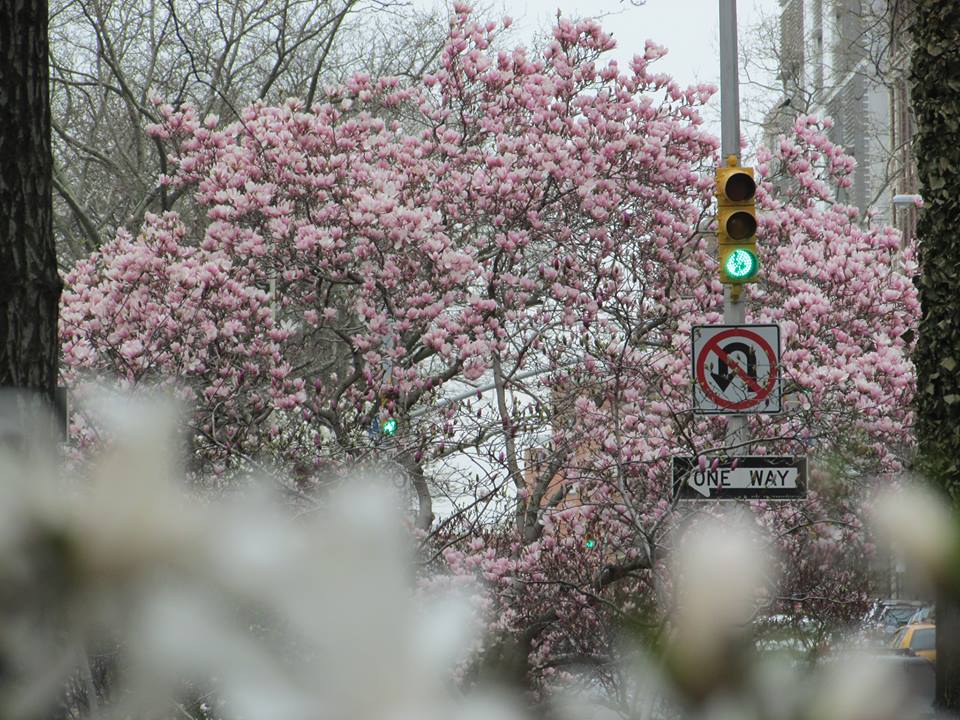 It was a class room in Uris Hall. On the third floor during Don Sexton’s course on international marketing. Late night around 9 pm on a Thursday after the halfway point break to steal a few slices of pizza from the happy hour going strong in Uris deli downstairs.

Just a small voice. “What if you could do this for real?”

That’s how I got into trouble. Amazing how much mischief small voices have caused in the world, especially late at night.

In March 1999, as a 27 year old fulltime student at Columbia Business School, I let the small voice in my head and Don Sexton convince me to suspend disbelief for a few years and try out something different.  Seventeen years ago, it led to an adventure like no other and my first brush with personal bankruptcy.

That is how this particular story started. With the original conspirators leaning against the chair, looking back at the board and thinking. “Could be your shot at changing the world, should we go ahead and take it?”

It’s been six years since I put up our first post on FinanceTrainingCourse.com in February 2010.  Back then we didn’t even have a name, just a pit stop called Learning Corporate Finance linked to a temporary subdomain that doubled up as another experiment. The time stamps all say Feb 27, 2010, 9:21 pm. So six years, 18 days and 20 hours to be exact.

Many an iterations, pivots, versions and hair pulling days later, when I look back I see how far we have come.  Not from the second coming, the second chance on February 27th in 2010. From the small voice on that New York spring evening in a different life.  From the original inspiration.

Our first course on Credit Analysis for loan officers and relationship managers went live in March 2010. I had spent the last days of February populating old content in a WordPress theme because that was all I knew.

Compared to what we know now, the course was a disaster.  Absolutely, totally and royally pathetic. It was pathetic in 1999 when we wrote a first version, it didn’t improve in 2010 and I am not surprised that the flavor hasn’t changed by much in 2016. Digital content on credit analysis apparently doesn’t age well online if you don’t update it.

But it was the beginning.  And if you know me, you know I am a sucker for beginnings. For looking back and realizing how far we have come from those early days where we had no clue how bad we were.

Here is to beginnings. And the chance to celebrate them. And to fall in love with them once again.

Our first sale happened in September 2010. Someone asked if we had the content online in the form of a downloadable PDF or an Excel spreadsheet. We were shocked.  We didn’t know we could do that. Two days later we had a Google checkout enabled store up and running with three Excel templates and our first downloadable PDF.  In March 2012 thanks to the effort put in by Arbab we switched to the ECWID shopping cart.

Our first customer (you know who you are) sent us a rude email 24 seconds after placing his order. He was upset because we hadn’t shipped his order. We were waiting for Google checkout (later wallet, even later something else) to give us the heads up on fraud processing.

Analytics tell me that as of yesterday we have processed over 3,311 orders since October 2010. ECWID now does a great job of electronically managing our inventory and integrating with our payment processor.  It surely beats the handmade checkout stores we used in the beginning years. But if you are placing an order from a country in Africa or some in the Far East, the 4 – 8 hour fraud processing delay is still there. I think they all call the same guys to check if the order origin is on this planet rather than off world.

We now average about 120 orders a month, mostly of videos, extracts and templates that we give away for free.  But a respectable percentage is paid, orders that covers some of our bills and allow us to run interesting experiments. The last orders we processed were an Excel template for comparing value at risk models and metrics and a PDF based training guide on Asset Liability Management (ALM) our best seller. Our most expensive item on offer, an ALM report validator in Excel that can be used to test, validate and audit model output from core banking or ALM system. 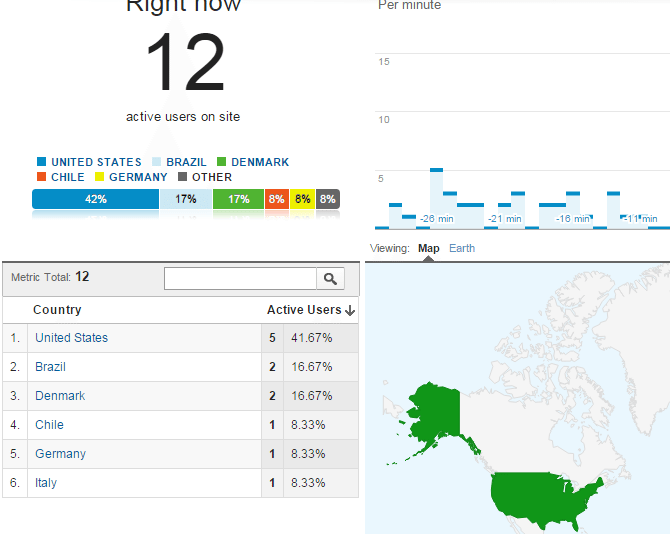 It took us four years to reach a million page views. Less than 19 months to cross the next million. This year we will do our third in less than ten months. While we thought our initial audience would be business school student, our biggest buyers are bankers, regulators, consultants and risk managers. We answer questions that we ourselves face at work working on Enterprise Risk Systems and apparently there is market for that.

It’s been an interesting ride. Good days and bad. Like our Yahoo server going down and staying down for two weeks. And the jinx that carried itself across 4 different VPS providers till we finally found refuge on AWS. Like getting hacked on AWS or finding out that the site has been down for 13 days because I didn’t have internet access in Tehran.  And these were the good days.

But the moment I cherish the most is when Yusuf Jan, an old friend who had just taken an exit asked me if I was interested in raising a round. He wanted to invest. I said no.

“Don’t you need the money?”

“So then take it”

“I don’t want to, it will go down the drain like everything else.”

“Take it Jawwad or I will burn it somewhere else.”

It wasn’t the money. Yes we needed it desperately. It made it possible for us to do things we wouldn’t have done otherwise. Like a disastrous filtration with mobile app and an even bigger screw up with buddy press. Yes it gave us the courage and runway to experiment. But no, it wasn’t the money.

It was like the very first sale. Someone other than our core felt that we what we were doing was interesting enough to be believed in. Felt strong enough to swipe his card, to write a check.

Yusuf believed, in us. When there was nothing on the ground to base that faith on.

There were many others who held hands, showed us the right door to knock on. Zafar and Badar on the traffic front. Alee Rashid on making things work.  Faizan Siddiqi on pushing buttons, providing sympathetic ears and shoulders to cry on.  Arbab, Faizan Laghari and Shahjahan for thinking out loud and helping figure out what needed to be figured out.  Adnan Iqbal who helped us figure out oil in his spare time at the business school. Rabia for free coverage on CIO whenever we asked.

But most importantly like Yusuf, Jehan, Uzma, Agnes and Fawzia. Believers who believed that we will figure out how to make this work when there was no reason to do so.

So it’s not about how I got it done. I didn’t. I didn’t write the 950 posts or manage the 2.5 million server migrations from one host to the next. Or figure out how to keep the damn thing secure from insidious hackers and malicious code injections. Or tweak the site and the content for speed and delivery

There is a mile long list of contributors that made it happen. I am just one of them.

Not that we are done.  We have come a long way but the journey’s just begun. It took us six years to figure out traffic and hosting. And to learn that we absolutely hated making training videos. More than anything else in the world.  For a site that was supposed to teach online through self paced video courses that was a bigger disaster than getting hacked on AWS. Luckily for us there was ample demand for the written stuff and Excel templates.

My empire for a well done Excel template.

The nightmare that became real was the writing block.

Three books came out of the content we wrote for FinanceTrainingCourse.com. Models at work, Option Greeks Primer, Economic Capital. The last one was published in 2015. Then my brain died. Then I fell ill. Then I couldn’t walk because I lost the use of both ankles for 27 days. While I could hop on a crutch and ride a mean streak on a wheel chair across four international airports in three different time zones, I still couldn’t write.

I have been writing since I was twelve year old. Shit just wrote itself. And then suddenly in the middle of August 2015, four days after my forty fourth birthday, the ink dried up. As if my brain had gone for a snooze but forgot to tell me about her appointment.

But this is not the time for nightmares. It’s a day of celebration. Of remembering beginnings and falling in love with them all over again.

Most importantly to give thanks to all of you. Who come from all over the world, who read, occasionally write, and often download stuff that we put together.

Without you there wouldn’t be a site, nor a desire to keep on improving the way we do things; or the desire or willingness to write.  You are the audience that makes everything happen.

Drop us a line the next time we do something right; or wrong. It will mean the world to us.