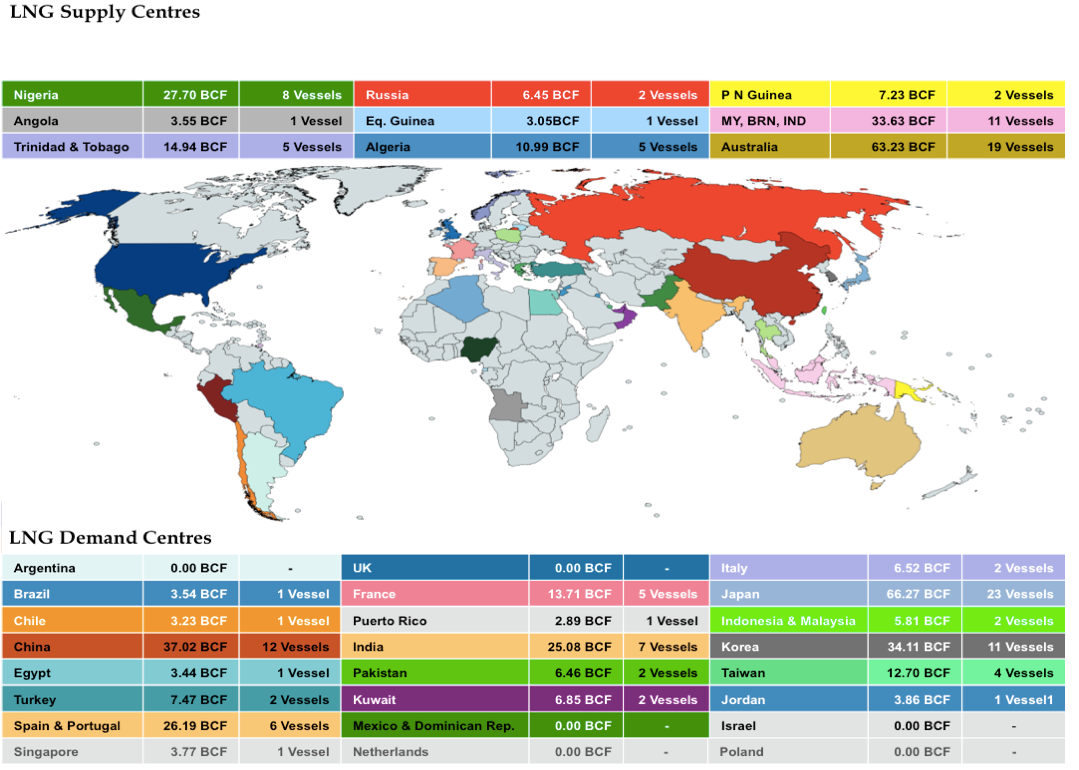 Disclaimer: This is a personal analysis based upon public information and should not be used for buying and selling of commodities. Source: SGX LNG Index Group, EIA and Reuters.